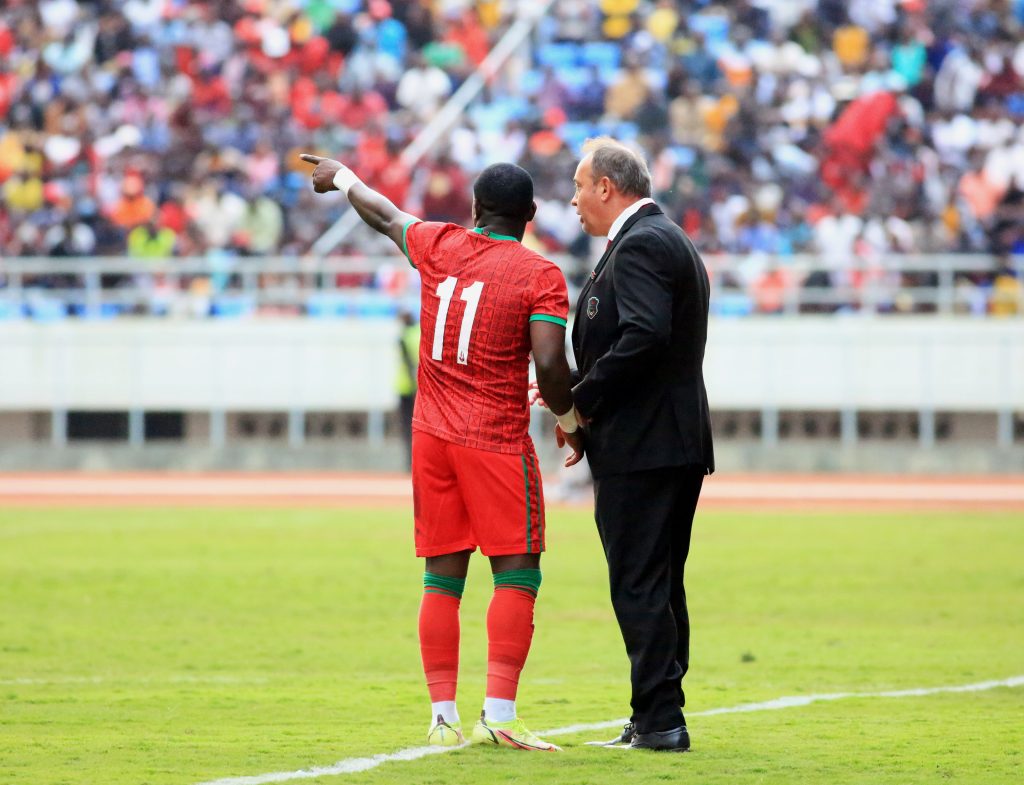 Malawi national football team coach Mario Marinica says there is still more work to be done and that there will be no time to relax after the Flames topped the Group D following a 2-1 victory over Ethiopia in the TotalEnergies Africa Cup of Nations (AFCON) 2023 opener.

The Romania tactician said this after the Flames arrived in Guinea, Conakry on Tuesday to face Syli Nationale on Thursday, Match Day 2 of the qualifiers.

The Flames left for Guinea on Monday and connected for Conakry on Tuesday morning from Addis Ababa, ahead of Thursday clash against wounded buffaloes Guinea, who narrowly lost 1-0 to Egypt on Sunday evening.

The match will be the second meeting between the two sides who were in the same group at Cameroon AFCON finals which Guinea won 1-0 thanks to Issiaga Sylla’s lone strike.

Marinica said: “There is a lot of work to do. On Thursday we play another tough match against Guinea. They are a good side. We played them at Cameroon AFCON finals in January and it wasn’t an easy one. We lost to them in painful circumstances because we dominated the match.”

In that match, the West Africans had to thank their goalkeeper Aly Keita who frustrated Malawi’s efforts.

Marinica said this time, the Flames will have to ensure they take their chances.

He said: “Chances are useless unless you take them. We need to utilize every opportunity that comes our way.”

In last Sunday’s encounter, Malawi score the two goals in the first-half from the spot kick through AmaZulu striker Gabadinho Mhango while Ethiopia pulled one back through Abubekker Nassir in the second-half.

As Malawi is taking on Guinea, Ethiopia face Egypt at Bingu National Stadium in Malawi following a ban on their national stadium in Addis Ababa.

Meanwhile, Liverpool star Mohammad Salah has been ruled out of the tie after picking a knock in the 1-0 victory over Guinea on Sunday.