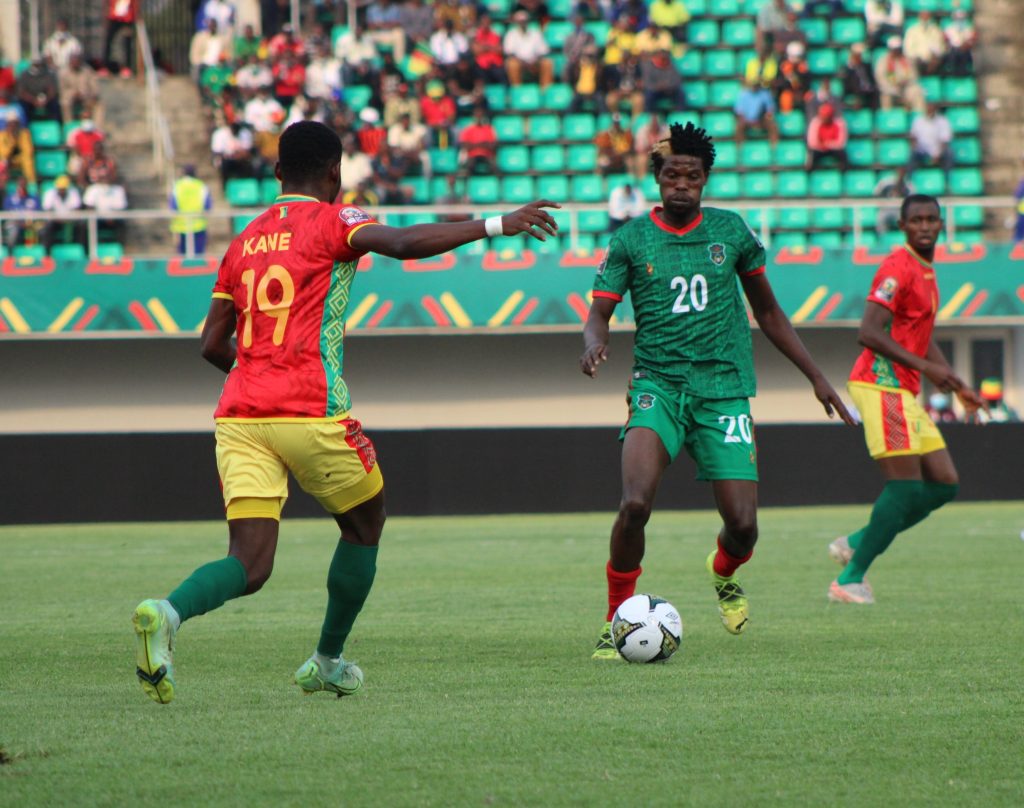 Guinea scored the goal in the 36th through Issiaga Sylla who finished from José Kanté assist in a match played at Bafoussam Omnisport Stadium.

Despite the loss, Malawi matched Guinea pound for pound in the absence of three-quarters of the senior players such as defender Stanley Sanudi, midfielders Robin Ngalande, Chikoti Chirwa and Charles Petro and striker Frank ‘Gabadinho’ Mhango and head of technical panel Mario Marian Marinica who are in isolation after testing positive for Covid-19.

In the absence of the key players, the Flames played with just two infield players Richard Mbulu and Zebron Kalima and goalkeepers Charles Thom and William Thole on the bench.

John Banda and Chimwemwe Idana had to play as holding midfielders while Peter Banda played in central midfield role.

Francisco Madinga and Micium Mhone were positioned on the left and right wings respectively while Khuda Muyaba and Yamikani Chester played upfront.

Despite improvising, Malawi had an upper hand more especially in the midfield where they dominated possession and turnovers.

But Malawi’s closest chance was wasted by Yamikani Chester, who after intercepting a pass from Guinea defender and left with just goalkeeper Aly Keita to beat, shot straight into the palms of the keeper.

In 22nd minute Francisco Madinga won a free-kick on the edge of the box but he too wasted the opportunity.

Guinea captain Naby Keita almost opened the score sheet in the 25th when his header froma corner hit the post.

The Flames opponents then got their goal with their first shot on target when Sylla right footed from the left side of the six yard box after some good work from José Kanté.

Malawi continued pressing and captain Limbikani Mzava saw his set pice also parried away for a corner after a foul on Khuda.

Peter Banda was also denied after his well curved shot aimed at the left corner was saved for a corner by the keeper.

Just before the end of the first half Guinea almost got a second goal but thanks to goalkeeper Ernest Kakhobwe’s double save of Aguibou Camara shot and rebound.

The second half was the same story as Flames searched for an equaliser while Guinea did more defending.

The Baroka FC striker almost equalised but his shot from outside the box was blocked after being set up by Muyaba.

After the match coach Meck Mwase blamed the loss on lack of confidence in goal after creating good scoring opportunities. 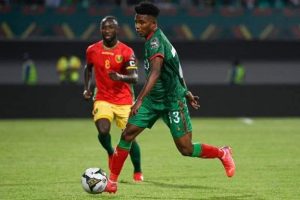