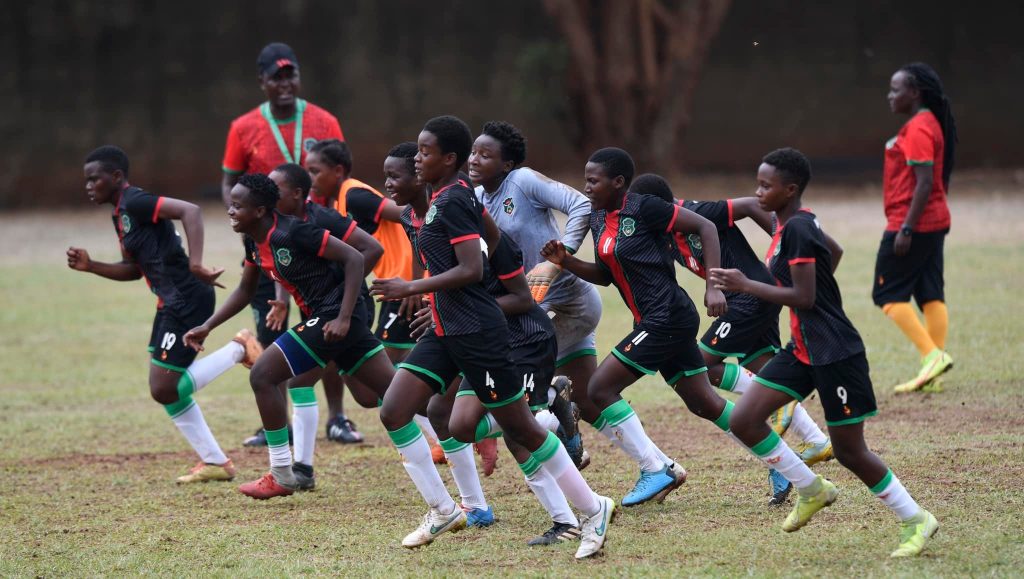 Malawi U17 Girls’ team Coach Trevor Kajawa says his charges will do wonders in their debut international appearance at the Cosafa Girls Under 17 Championship as they face South Africa in their opening match at the Bingu Stadium in Lilongwe on Thursday afternoon.

The tournament is being played as part of the AUSC Region 5 Youth games in Lilongwe.

Kajawa said that though they are playing at this level for the first time, the girls are geared to utilize home ground advantage to get results.

He said while there are huge expectations from fans he wants the players to enjoy the game first and results will follow.

“As hosts, we are ready for the tournament and the opening match. The girls have done well during our preparations

“Playing at home gives us an added advantage as the tournament’s debutants. We know that people are waiting for good results, but we will not put pressure on the girls. They are young girls, and we want to develop them while at the same time let them play and enjoy the game.

“It is our first time to participate in this tournament and we are targeting winning the trophy. It is a tough group, but we are hosts and are developing future players for our national team, so we are expecting good results.

“It is the first time to assemble a squad like this, so as a coach I must give them confidence. We know we are a threat to other countries, from what I have seen from the girls, we can meet that challenge,” he said

Kajawa says he has watched the South Africans play  and said while they are more exposed than his squad, his charges will give them a good challenge.

“They are a good side tactically. However, we are also a god side, and we are ready to face them with the spirit of hard work and teamwork,” said Kajawa.

In Group B Zambia will face Botswana in the tournament opener.