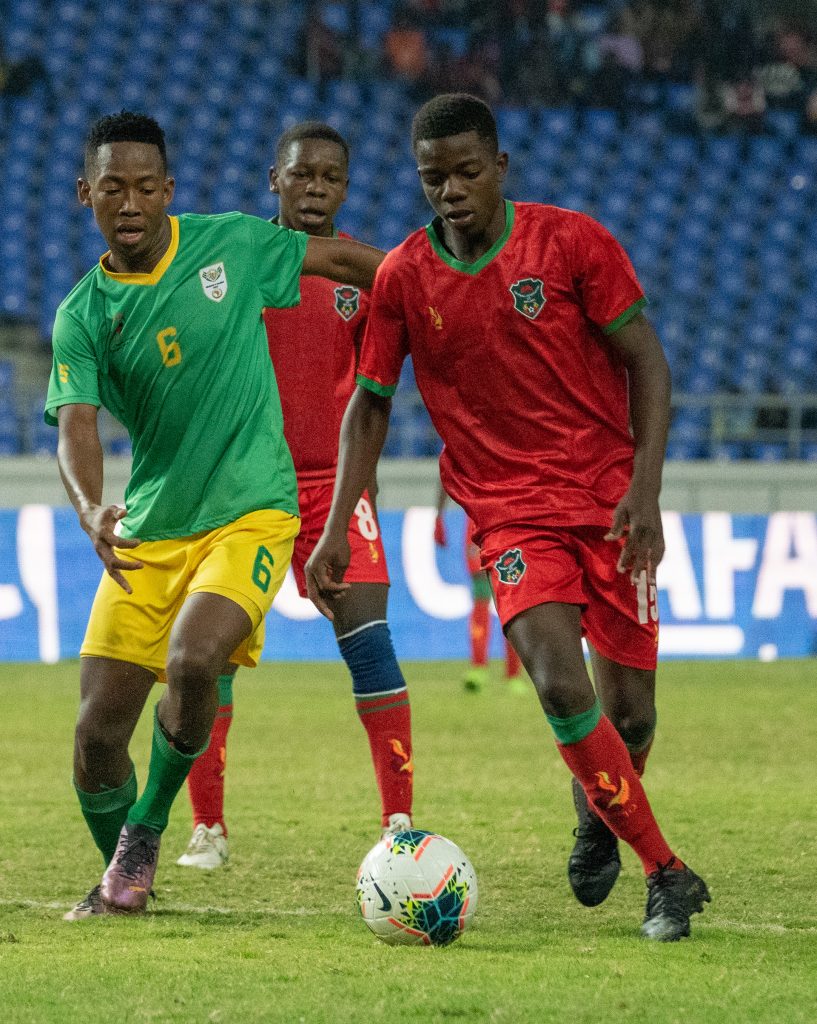 Malawi U17 Boys team on Friday night failed to utilise home ground advantage to book a place in the 2023 TotalEnergies U17 Afcon following a 5-1 defeat against South Africa in the competition’s COSAFA Qualifier semifinal played at the Bingu National Stadium.

The Junior Flames went into the battle with full home crowd support knowing they were a step closer to their first Afcon qualification in 13 years only for the boys to leave it up to the visitors.

South Africa’s Thato Sibiya scored the only goal in the first half with a shot from outside the box.

Siyabonga Mabena doubled the lead just a minute into the second half but Malawi’s Webster Mzunda pulled one back just a minute after being introduced.

Communication breakdown at the back of Malawi found Dhakier Lee alone with goalkeeper and he made no mistake to score the third goal for the Amajimbos.

Mabena scored from the spot to make it 4-1 before he claimed a hat trick in additional time making it 5-1 for South Africa at full time.

Coach Msakakuona was disappointed to miss the Afcon qualification.

“Its sad to lose at home in the semis. We were geared for the game and the boys have been preparing for the game in the past four days but failed to utilise chances.

“We couldn’t show the hunger for goals and unfortunately our colleagues played their cards well and defeated us.” he said.