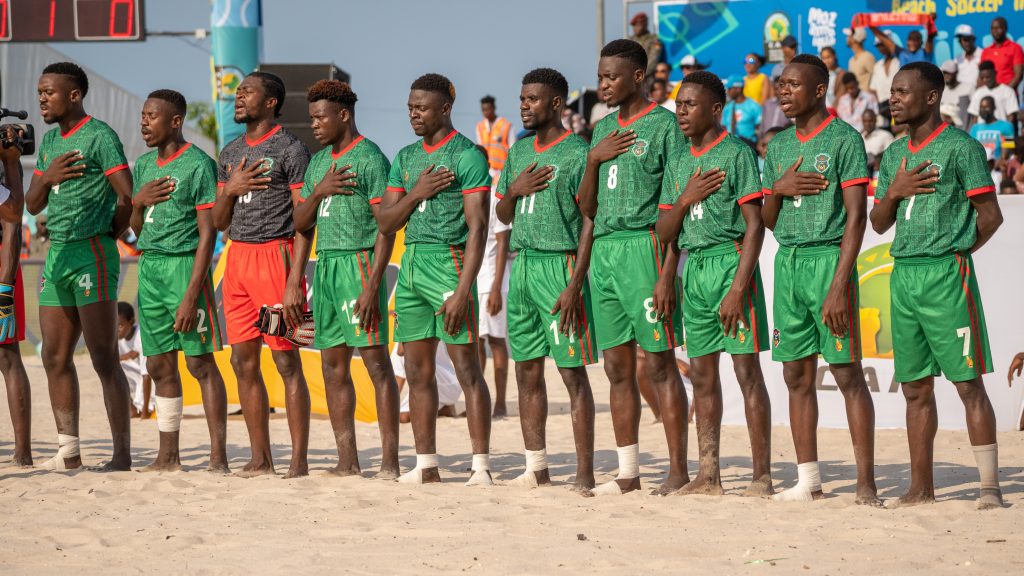 The match marked the official opening of the tournament and was graced by the Mozambique’s President His Excellency Filipe Nyusi.

Malawi scored first as Dala Simba caught the hosts by surprise to net the competition’s opening goal at 9 minutes before Nelson Manuel equalised a minute later.

Malawi controlled the match and looked set to take the lead into the second period break but a miscommunication between the defense and goalkeeper gifted Julio Manjate an easy goal to make it  2-2 .

The last period was a hard one for Malawi as the boys looked tired and Mozambique added two more goals through Gerson Chivale and Manuel.

Malawi Coach Willy Kumilambe said his subjects had a good game, save for a few mistakes which he attributed to lack of experience.

“It was a tough game. The boys played well, and we could have won the match, but we lost because of lack of experience.

“There are some few mistakes that we made like thinking that the referee will blow the whistle for a foul when it wasn’t in the eyes of the ref, and this confused us.

“Mozambique is not a tough team but they capitalized on our mistakes. Otherwise, it was a good game and we look forward to the next game against Morocco,” he said.

Malawi will face Morocco in the second and last group stage match on Monday.