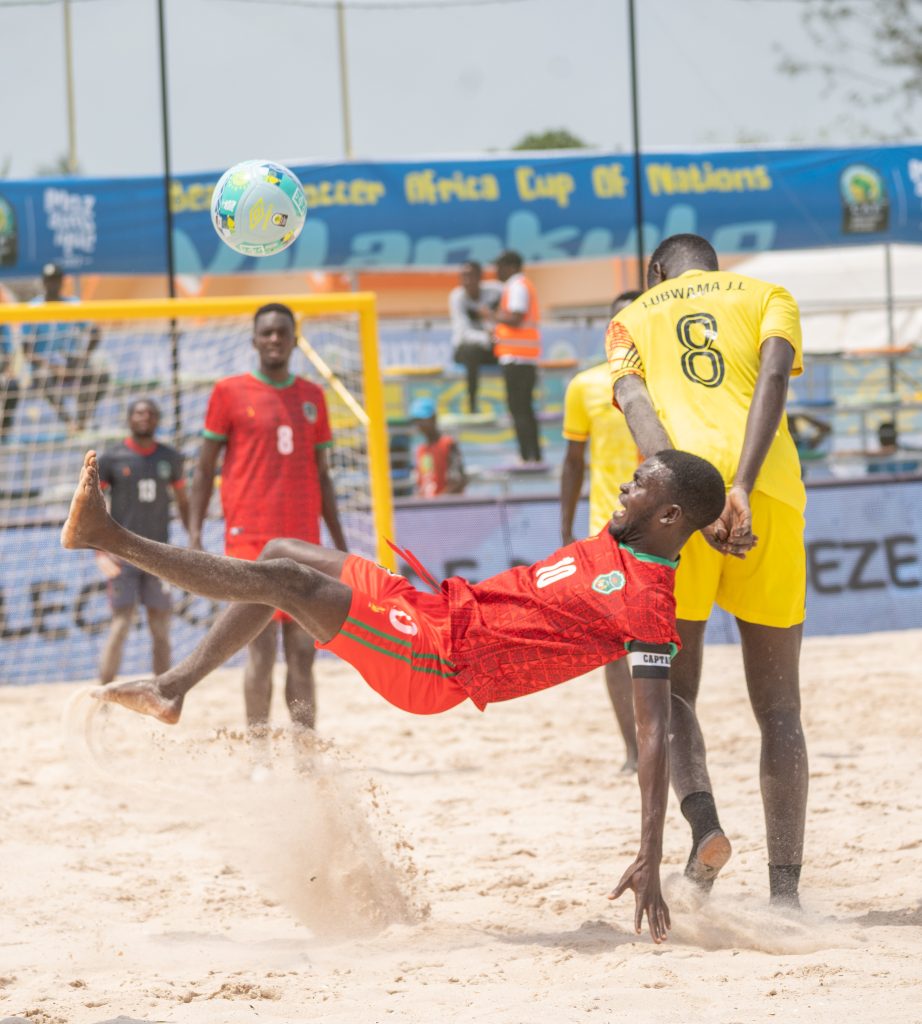 Malawi National Beach Soccer team have finished sixth at the ongoing Beach Soccer Afcon after losing on penalties to Uganda in the 5th and 6th place classification match on Wednesday.

The Willy Kumilambe side drew 6-all with Uganda after extra time only to lose 4-1 from the spot kicks.

Malawi went into the match with the hope of registering their first and only win of the tournament after losing their group stage matches against Mozambique and Morocco.

Dala Simba opened the scoresheet at 8 minutes before Watson Frazer came in with a second goal 2 minutes later.

Captain Sandram Saddi slotted it the third goal for Malawi at 17 minutes, but Uganda’s Nkuubi Brian pulled one back for his side within the same minute.

Substitute Oblen Khumbula came in with another goal for Malawi at 20 minutes and Malawi were leading by four goals to one by the end of the second period.

In the last period, Uganda came back stronger and scored three goals through Lubwama, Lukooya and Opuuli to make it 5-4 with a minute remaining.

Malawi  could not  contain the pressure as Uganda scored an equalizer through Nkuubi just 6 seconds before the final whistle forcing the game into extra time.

Sandram Saddi was the first to score two minutes into extra time but again, Uganda equalised through Nkuubi, 42 seconds before the end of extra time and penalty shoot-outs were to decide the winner.

Uganda came out victorious in the penalty shootouts after scoring all their first four penalty while Malawi’s Martin Billiat and Oblen Khumbula missed their spot kicks with only Isaac Kajam on target.

Kumilambe attributed the loss to lack of experience on the part of the boys saying they failed to manage the game.

“It’s unbelievable that we are coming out as losers of this match. We were comfortably leading with five goals to one, but I guess the boys were carried away by the score line. The same lack of experience costed us at the end with just seconds to go but we failed to contain the lead.

“We are going back home with so many lessons learnt from the tournament, and I believe in the boys that I came with. We will come back stronger in the next edition because this time nobody new about Malawi Beach Soccer, but they should watch us next time “, he said.

The team is on Thursday morning expected to leave Vilankulo for Malawi.