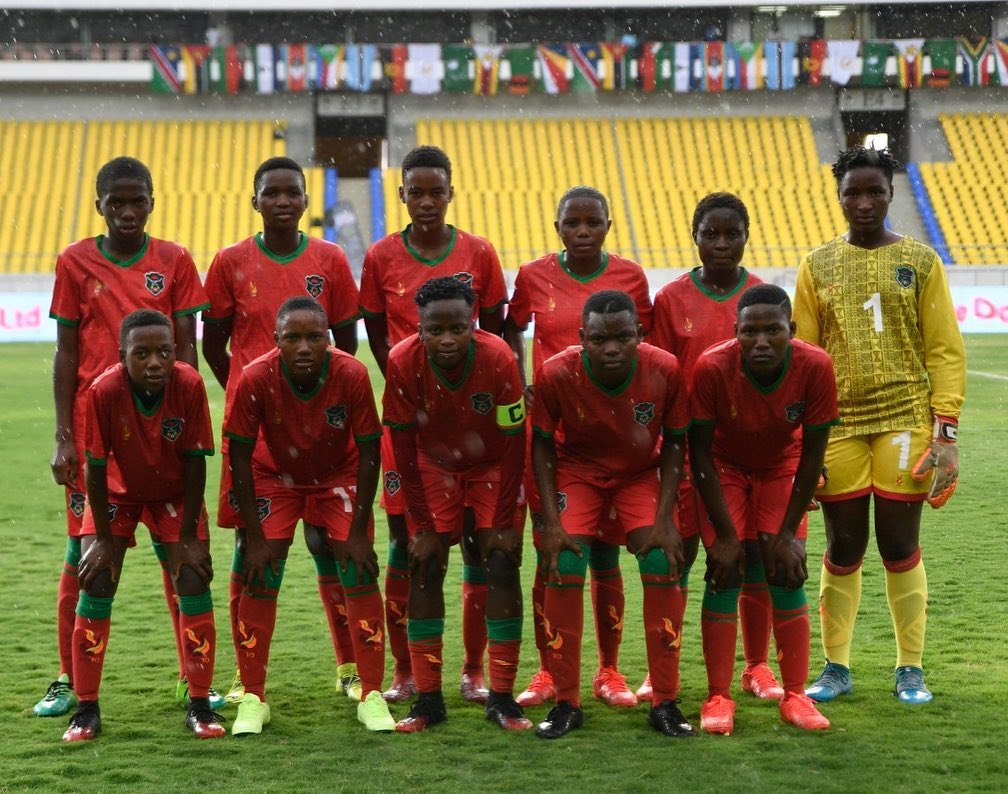 The Malawi U17 Girls team on Thursday afternoon made their international debut on a bad note as they lost 1-4  to South Africa in the 2022 COSAFA U17 Girls’ Championship currently being played as part of the Region 5 Youth Games in Lilongwe.

The Junior Scorchers came in with a different approach in the second half as they attacked tin search of goals but Captain Rose Kabzere’s attempts proved futile.

Substitute Mary Mbalangwe was on target for Malawi just four minutes after her introduction before Khutso Mogano added another one for South Africa.

Speaking after the match Head Coach, Trevor Kajawa attributed the loss to fear among most of his girls.

Kajawa was however positive  that the team will get stronger after being exposed to the international stage.

“The girls were nervous in the first half being their first International outing but after taking to them at half time, they showed some good character in the second half.

“We are building a good team for the Scorchers and going to the next game, we need to play with our lungs out so that we finish in Top two and make it to the Semifinals.

The team will on Monday next week face Namibia in their second and final group stage match.

In the boys competition, the Junior Flames will begin their TotalEnergies U17 AFCON Algeria 2023| COSAFA Qualifier campaign with a match against Botswana on Friday night as Coach Deklerk Msakakuona is optimistic that the team will make it to Algeria having maintained eight players from last years squad.