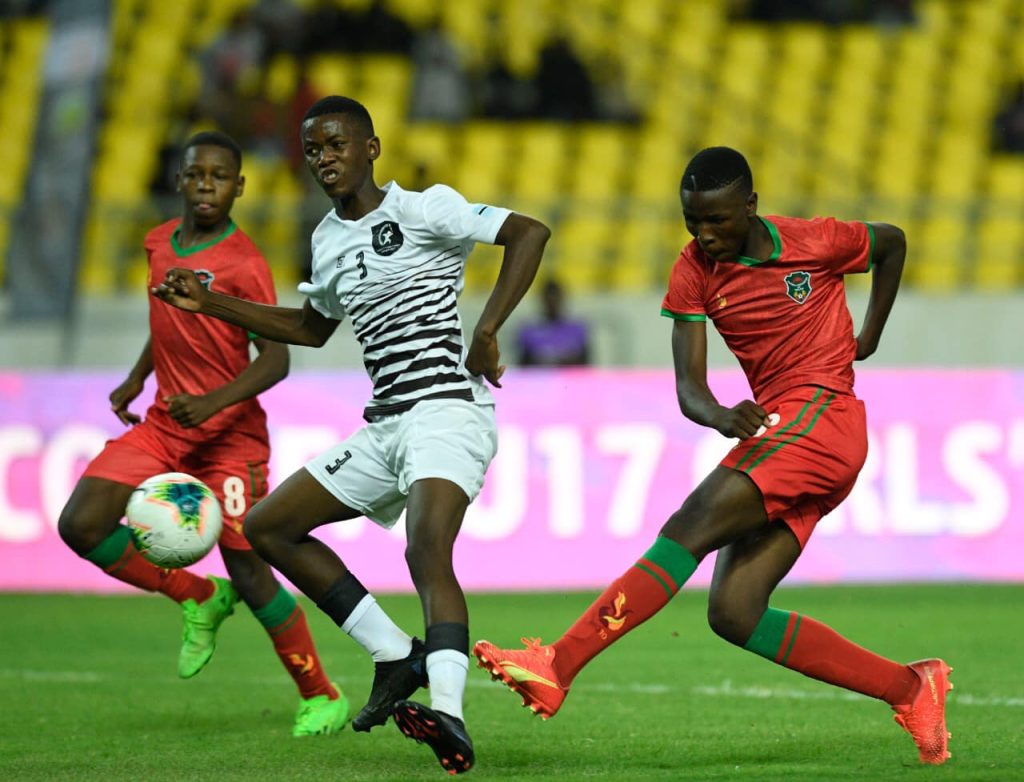 Malawi had to twice come from behind as they were held to a 2-2 draw by Botswana in their opening match in Group A at the TotalEnergies U17 AFCON Algeria 2023 | COSAFA Qualifier on Friday.

It was a pulsating fixture in which to get the tournament under way and was played in front of an enthusiastic crowd at the Bingu National Stadium. The competition forms part of the Region 5 Games Lilongwe 2022.

Losika Ratshukudu gave Botswana an early lead on 11 minutes with a deflected free-kick from all of 35-yards, but Malawi improved as the first half wore on.

They equalised just past the half-hour mark when the lovely Vincent Harrison beat the offside trap, rounded the goalkeeper and supplied a neat finish into the net.

Botswana took the lead again when Ratshukudu’s delivery into the box was steered into his own net by Malawi goalkeeper Julius Banda.

But Malawi continued to push forward and were rewarded with an equaliser as Mwisho Mhango drilled his free-kick from the edge of the box with enough power to beat the wall and the goalkeeper.

The other side in this three-team pool is Namibia, who Malawi will meet next on Sunday.

The top two sides in each group advance to the semifinals, with the two finalists booking a place in the TotalEnergies U17 AFCON Algeria 2023 that will be played next April.

The qualifiers will continue on Saturday when two games are played in Group B.

Seychelles take on South Africa in the first game at 15h30 CAT with both seeking a morale-boosting victory in what is likely to be a tough pool.

Seychelles are back in the competition for the first time since 2018, while South Africa are under the new stewardship of former Bafana Bafana striker Duncan Crowie.

The second match already looks a heavyweight clash as runners-up in the last two years, Zambia, take on Mozambique at 18h30 CAT.

Both will certainly have eyes on the winners’ trophy and so this fixture could be decisive in who finishes top of the pool.