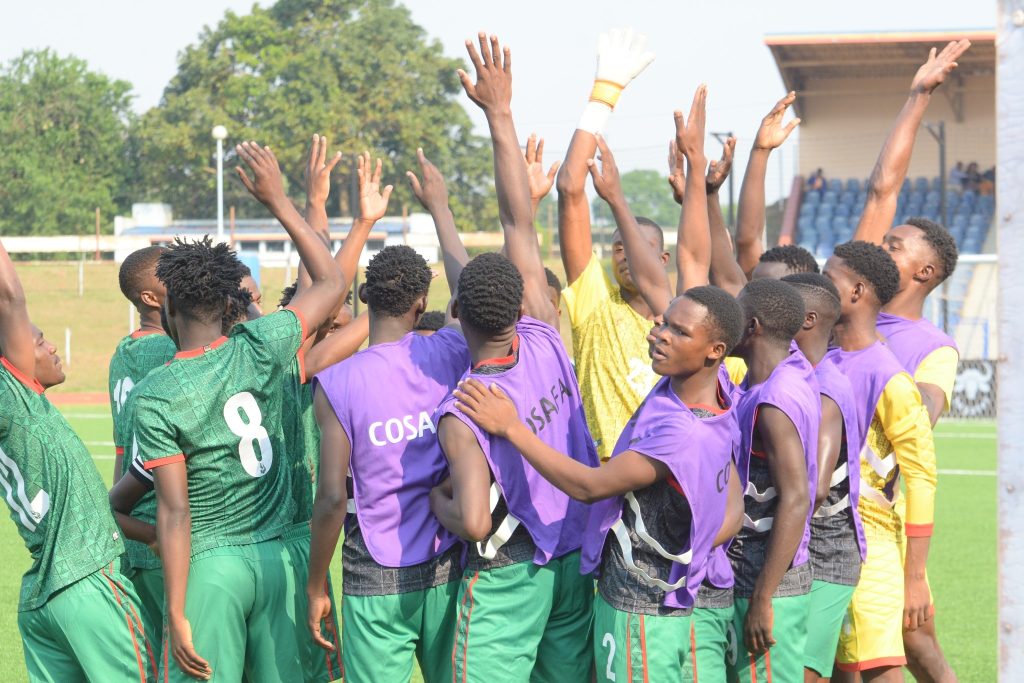 The Malawi U20 national team have bowed out of the TotalEnergies U20 Egypt 2023-COSAFA Qualifiers despite their 2-5 win against Namibia on Wednesday afternoon.

The Junior Flames  have finished second, level on six points with third placed Comoros and eventual group C winners South Africa who got the edge via a superior goal difference.

Before today’s matches  the group was wide open as all the three teams had a chance of qualifying to the knockout stage as group winners.

Fishing as one of the best Runners up was almost impossible as Malawi  needed to win 12-0  to match the goal difference of 11 amassed by Angola who earlier in the day beat Seychelles 8-1.

Chikumbutso Salima put Malawi ahead at 11 minutes before claiming a brace through a spot kick at 40 minutes.

Chifundo Mphasi and Chrispine Mapemba added two more goals at the beginning of the second half and by then qualification looked certain with Malawi on top of South Africa on goal difference.

But Malawi conceded two goals within a space of three minutes as Raymonzo Stern and Rewaldo Prins scored for Namibia at 62 and 65 minutes respectively to make it 4-2.

Substitute Emmanuel Saviel slotted in a Happy Mphepo’s cross at 82 minutes to make it 5-2 but it was not enough to warrant the team a spot in the Semifinals as South Africa were 4-0 up against Comoros at Mavuso Stadium.

Other teams that have qualified for the Semifinals are Zambia as group A leaders,  Mozambique as group B leaders and Angola  as the best second-placed team.

Head Coach Patrick Mabedi hailed his boys for the fighting spirit despite bowing out of the competition.

“We tried our best. We played well and scored more goals though we could have done better because we missed so many chances.

“We had spoken of avoiding conceding goals, but we slept on duty and gave away two goals within three minutes which costed us.

“We have learnt a lot of lessons in this tournament one of which is exposure to the boys which gives us an opportunity to assess the players since this is the only platform that e have so far.

“Going forward, the future of the team looks good if they remain active so we will try to be bringing the together once in while so that we maintain the team,” said Mabedi.