Honeymoon over as FAM enforces No connect No football 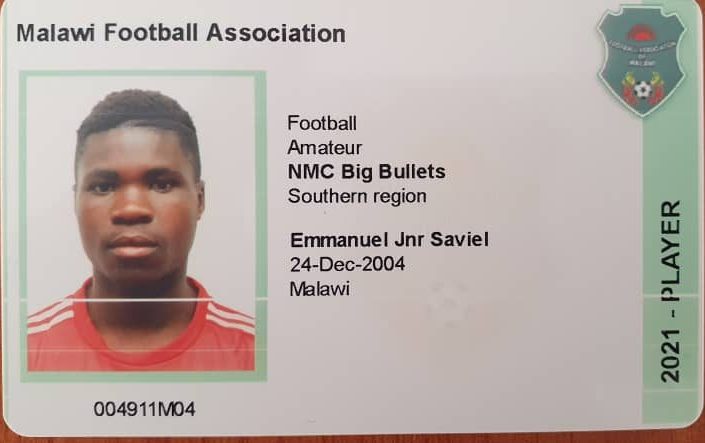 The Football Association of Malawi has announced that the Mandatory Mpira Connect Registration comes into full force with immediate effect as part of its digital transformation drive.

According to FAM Competitions and Communications Director Gomezgani Zakazaka, who is also Mpira Connect Platform manager, starting from this weekend only those players and teams’ officials who are actively registered in the system will be allowed to be involved in official matches.

Zakazaka said for the time being the mandatory Mpira Connect registration will apply to Super League, Regional Leagues and Women’s Football League clubs.

“This means that players who are not actively registered in the Mpira Connect System will not be allowed to play any official match organised by SULOM, RFA’s and NWFA forthwith.

“We have worked hard in the past three years to train all our stakeholders and put systems in place and we believe this is the time to fully roll out the project,” said Zakazaka.

He added that FAM has put in place measurers to ensure enforcement of the project.

“As one way of enforcing the Connect Registration, teams will be required to fill a start-list which they must indicate a Mpira Connect ID Number for each player and the Technical officials for their match day squad. The Match officials will use this start-list for official pre- match team inspection where they will double check the ID number on the sheet against the physical Mpira Connect ID Card, in addition to a League registration card.

In a related development FAM has warned clubs against registering players who are already registered in the system by using different names and details.

“The Mpira Connect provide a process to transfer players registration details from one club to another. But it has come to our attention that some clubs especially Regional and Women’s are changing the names of players who are already registered in the system instead of following proper transfer procedures. This is not allowed and FAM will impose sanctions once such a case is identified,” he said.

Some of the sanctions are a K50,000.00 fine for a club, deduction of three points every time such player (s) are used in an official match, six months ban for a player (s) involved in the malpractice and any other punishment FAM may deem fit for the offence.

The Mpira Connect is an online platform that enables FAM register all its stakeholders in a systematic way and keep track of players, coaches and referees – wherever they are in the world.

Among others it promotes transparency and efficient football administration through the systematic registration of all players and football stakeholders and digital management of competitions.