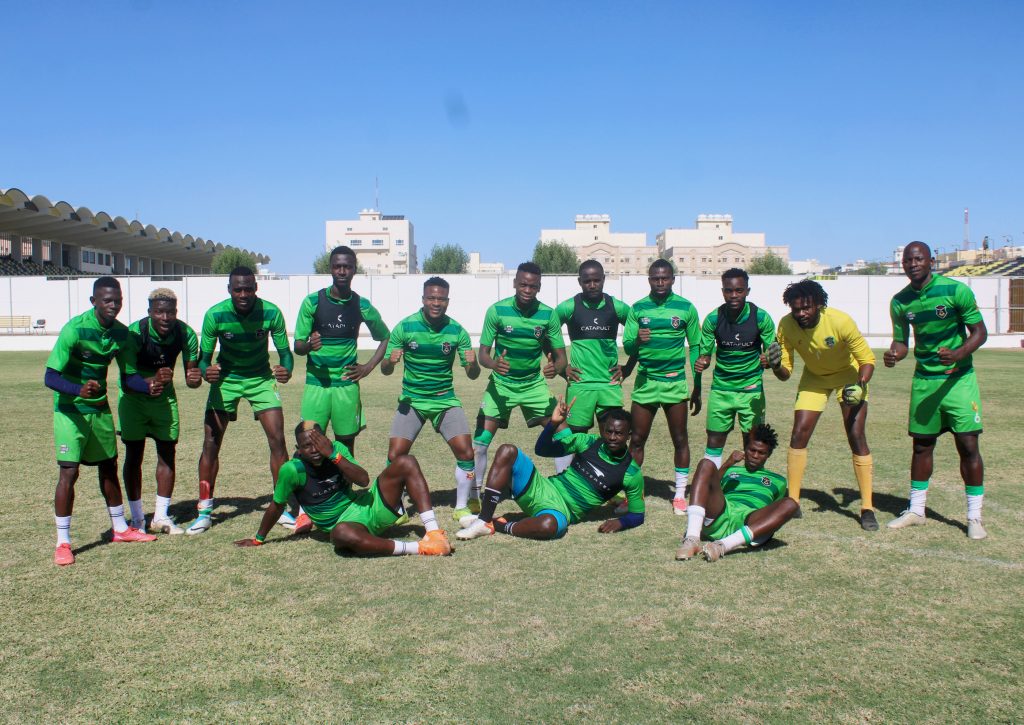 Flames Head of Technical Panel Marian Mario Marinica says his charges are ready for the 2021 Africa Cup of Nations in Cameroun and are going to the biannual continental football festival to compete.

Marinica was speaking on Tuesday afternoon, at the end of a 10- day Pre-AFCON training camp in Jeddah, Saudi Arabia.

The Flames, who arrived in groups from Friday December 24, 2021, will leave for Cameroun on Wednesday morning via Addis Ababa, Ethiopia.

He said:” The training camp was quite good. There are a lot of positives that we gained here. The players worked hard. We had an opportunity to play a friendly match which showed us the progress we have made in changing our playing style.

“It could have been a little bit better if we didn’t have some hiccups. We had some players that tested positive to COVID-19 and did not travel while others arrived late. Others tested positive here and were restricted from taking part in training and the friendly match.

“We also had our friendly match against Mali cancelled and we ended up missing some hours of training. But all in we had a good camping, good facilities, good environment and good response from the boys, we are on the right track.

“As always time is never enough, we always want to have more time. I am happy with what I have seen and I can say the boys are ready for the tournament.”

Captain Limbikani Mzava said the boys are geared to die for the country in Cameroun.

“We worked hard during the qualifiers for this moment and it is time to raise our hands and die for mother Malawi.

“It was a good camp. We have a new coach who has brought a new playing style. We have worked hard to master the new approach and managed to execute it perfectly during the friendly match against Comoros.

“It has been our dream to go to the AFCON. I was part of the Pre- tournament camp for 2010 but did not make the final squad. I have a chance now and as a leader we will fight to make it count,” said Mzava.

Malawi are in group B alongside Guinea, Senegal and Zimbabwe. They will play the first match against Guinea on Monday January 10 before facing Zimbabwe four days later. Flames will wind up the group phase with a match against Senegal on January 18, 2022.