Flames out of CHAN 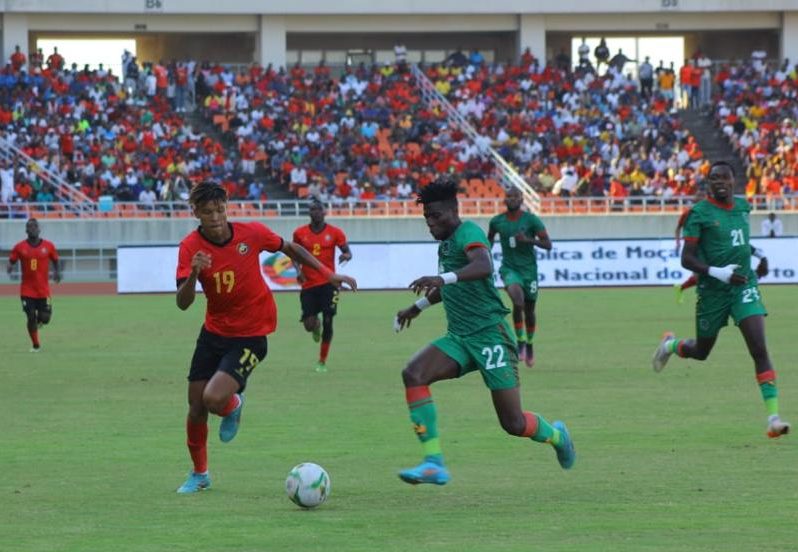 The Flames’ hopes for their maiden appearance at the African Nations Championship (Chan) finals were shattered  on Siunday  when they bowed out on away goal rule after settling for a 0-0 draw with Mozambique in Maputo.

The goalless draw at Estadio Nacionale do Zimpeto in Maputo meant that the Flames failed to punch their ticket to Algeria following a one-all draw in the first leg at Bingu National Stadium in Lilongwe the previous weekend.

Coach Mario Marinica In a post-match interview said: “We created chances just like in the first leg, unfortunately we didn’t take them.

“In such games,  you need to make use of even half chances.

“All the same,  I have to commend the players for their resilience.”

Mozambique started at full throttle and in under five minutes,  they created two chances with the closest being when their captain Dercavhalo Isaac ‘s attempt hit the post.

After some early lethargy, the Flames worked their way into the game and could have taken the lead in the eighth minute if veteran striker Chiukepo Msowoya’s header had firepower.

Njaliwa nearly  broke the deadlock when he opened fire from just outside the 18-yard box, but again the Mozambican keeper came to the rescue.

The hosts had their moments too, but the Flames defence comprising Paul Ndlovu  Miracle Gabeya, captain Stanley Sanudi and Gomezgani Chirwa stood firm.

The referee also failed to take a firm line and on two occasions failed to award the Flames what looked like clear penalties after a foul on Mwaungulu and a handball.

In the previous edition,  the Flames were also booted out on away goal rule against e-Swatini, formerly Swaziland.