Flames off to Sudan 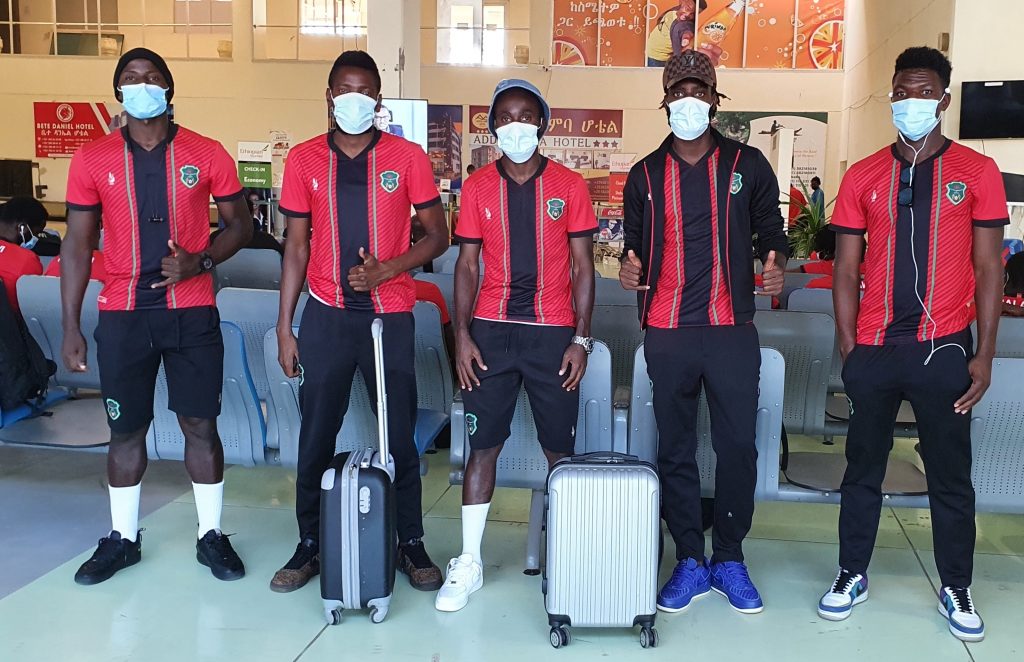 The Flames have concluded their four-day camping in Bahir Dar, Ethiopia and are off to Khartoum, Sudan ahead of Wednesday’s 2022 AFCON Qualifier against South Sudan.

The team remained in Bahir Dar after last Wednesday’s International friendly against Ethiopia and have been training at the Bahil Dar Stadium since Thursday.

The Meck Mwase side had their last training session on Sunday morning and flew to Addis Ababa where they will connect to Khartoum at midnight.

Three Europe based players namely striker Peter Banda, defender Charles Petro and midfielder Francisco Madinga are currently at the Istanbul International Airport in Turkey ready to fly out to Khartoum.

All the six South Africa based players namely Limbikani Mzava, Dennis Chembezi, Khuda Muyaba, Richard Mbulu, Gerald Phiri Jnr and Gabadinho Mhango will fly out of Johannesburg on Monday afternoon and are expected to arrive in Khartoum at 2 am on Tuesday.

Mwase said he is satisfied with the response of the boys in the past four days after the 4-0 loss to Ethiopia on Wednesday.

“Our preparations have gone well and we worked on the mistakes we noted in the Ethiopia game.  The good thing is that we all, the coaches and players, accepted that we did not do well.

“We all have a clear mind now that we need to change our attitude and work hard for us to do well against South Sudan,” said Mwase.

He also said he is happy that the other six foreign players have confirmed their avaiblity.

“It is good they are coming and for the first time we will have a full house. That is what we wanted. They all have been doing well in the past few days. Mbulu and Muyaba scored on Saturday. Banda scored last week. Petro has been ever present for his side just like Mzava. Gaba is also back to full fitness. So, they will add value,” he said.

Flames will face South Sudan in a 2022 AFCON Qualifier on Wednesday before hosting Uganda at the Kamuzu Stadium on Monday next week.