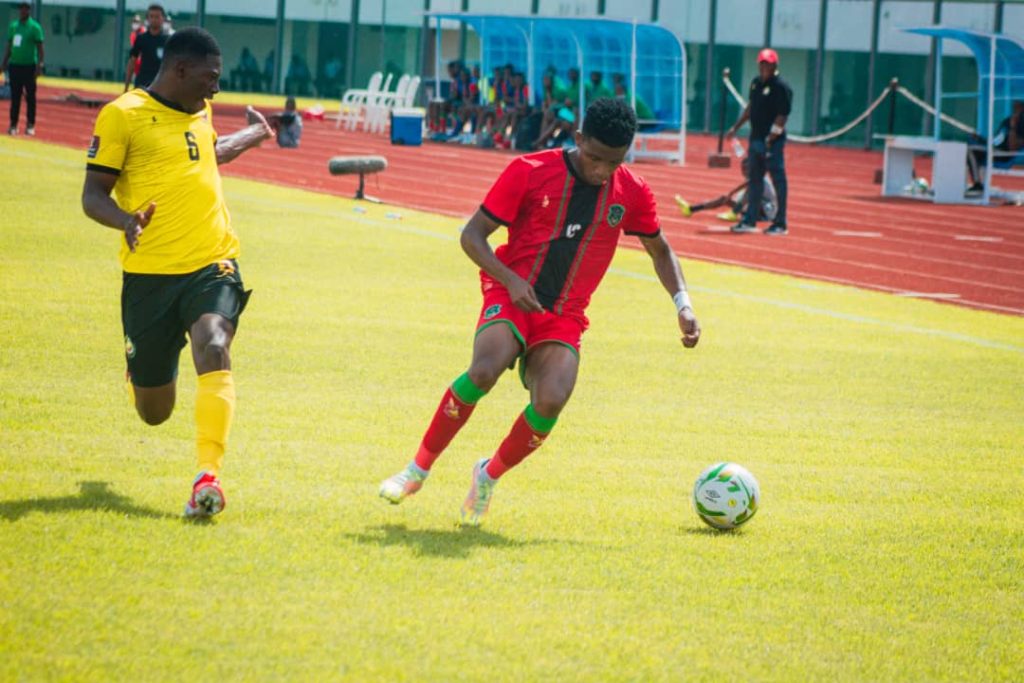 Malawi national Football team, The Flames finished their 2022 FIFA World Cup campaign on a low note after losing 1-0 to Mozambique in their last match at Matheu Kerekou Stadium in Cotonoue Benin on Tuesday afternoon.

Captain Limbani Mzava was unfortunate to head into his own net at 55 minutes as he tried to make a back pass to goalkeeper Ernest Kakhobwe.

Coach Meck Mwase made a number of changes to his team starting Kakhobwe in goals in place of injured Brighton Munthali.

Defender Gomezgani Chirwa and Mike Mkwate got their first starts on the left back and attacking midfield respectively.

However, the Flames made little impact as they had no shot-on target.

The Flames have finished bottom of the table with just three points from six matches after losing five matches.

Cameroun have won the group after beating Ivory Coast 1-0.

The team will now concentrate on the Africa Cup of Nations finals slated for January 2022 in Cameroun.

The team is set to regroup on 19th December 2022 to start preparations for the tournament.

Malawi are in the same group with Senegal ,who have made it to the next round of the World Cup Qualifiers, as well as Guinea and Zimbabwe.