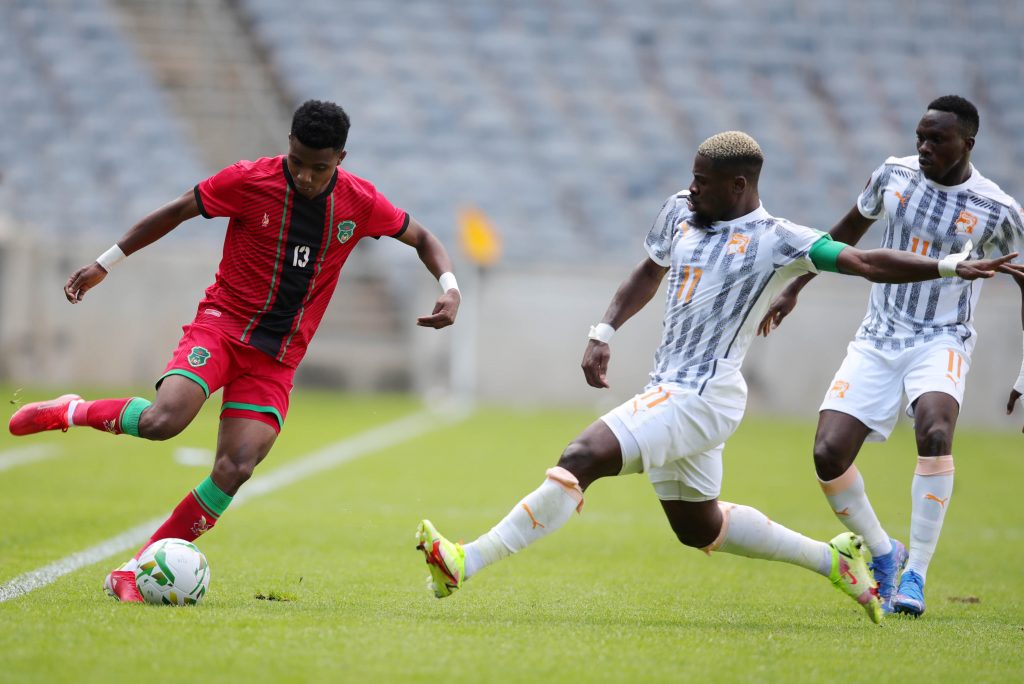 Malawi national football team lost their second match of the Qatar 2022 FIFA World Cup Group D qualifiers after going down 3-0 to Ivory Coast at the Orlando Stadium in Johannesburg on Friday afternoon.

Max Gradel, Ibrahim Sangare and Jeremie Boga scored in either half as Côte d’Ivoire cemented their hold on top of Group D

The victory took Les Elephants to seven points, one ahead of Cameroon who beat Mozambique 3-0. Flames are third with three points while Mozambique anchor the group with just a point.

Gradel scored in the 36th minute with a well taken shot on the half volley after skipper Serge Aurier’s cross from the right evaded an attempted headed clearance from Malawi defender Stanley Sanudi.

Prior to that, Malawi had threatened with Peter Banda seeing his well taken shot saved by the keeper after twisting and turning away from Aurier.

In the second half, Malawi were an improved side and they had good opportunities to draw level. Khuda Muyaba had a shot from the left saved by the keeper two minutes after the restart as The Flames started off faster off the blocks.

Four minutes later, Gabadinho Mhango had a glorious chance when he ran on to a long ball and with the keeper out of his line, lobbed the ball over him. However, the effort could only land on the roof of the net.

Mhango had another chance in the 65th minute with a well taken volley but he shot straight at the keeper.

Towards the end, the Ivorians upped the tempo to seal the game and were denied by the upright in the 79th minute. A well worked move saw Franck Kessie put through on the right but his shot stung the woodwork.

However, five minutes later off the same flank, they were 2-0 up when substitute Gervinho sent Sangare through, the latter striking a decent shot into the net.

They cemented the lead in the fifth minute of added time when Boga did well to find space at the edge of the box and fire a left footed belter past the keeper.

Flames coach Meck Mwase was forced to make a change a few minutes before kickoff when striker Richard Mbulu fell sick soon after arrival at the Stadium. He was taken out for Duncain Nyoni whom he replaced later on in the game.

Captain Limbikani Mzava also limped off in the 56th minute due to harmstring injury.

Mzava and Mbulu has since been ruled out of the return match in Benin on Monday evening.

Banda who had a decent game is also out of the Monday encounter after accumulating a second yellow card.

Coach Meck Mwase said after the game that it’s very unfortunate that the Flames lost the game as they had chances that could have been converted into goals.

“We will be playing with this team in the next three days, the technical will go to the drawing board and see where we went wrong, the mistakes will be corrected

“Our philosophy was to play and win this game because we were playing at home but unfortunately our friends are more experienced than my boys that’s why you saw them failing to penetrate much to create those chances,” he said.