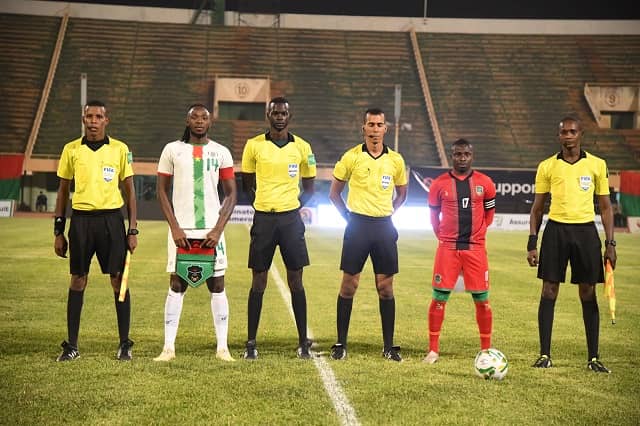 The Flames were behind as early as two minutes when Ajax FC striker Frank Lassina Traore gave the hosts the lead before grabbing a brace in the 26th minute. He found himself at the end of a good cross from Issa Kabore, who got the better of left back Precious Sambani.

The hosts dominated the first half as the Flames sat too deep, inviting pressure.

In the second half, the hosts were awarded a penalty in the 61st minute after defender Peter Cholopi brought down Traore but the striker failed to grab a hat trick when he blasted the ball over the bar.

Mwase also introduced Duncan Nyoni and Gerald Phiri Junior for Chikoti Chirwa and Yamikani Chester, respectively, in the 65th minute. With 10 minutes to full time, the Flames were awarded a penalty after a handball as a Burkina Faso player attempted to clear a Precious Sambani cross.

Dead ball specialist Phiri Junior made no mistake as he converted for the Flames in the 80th minute but it was the hosts who delivered a killer punch with three minutes to full time from the penalty spot. Bryn Dabo scored from the penalty spot. Malawi hosts the Stallions in the second leg at Kamuzu Stadium on Monday.

The Flames were without key striker Gabadinho Mhango due to injury.
In defence, Mwase trusted the back four of Stanley Sanudi, Cholopi, Charles Petro and Sambani whereas goalkeeper Brighton Munthali reclaimed his place after he was an unused substitute in a goal-less draw against Zimbabwe in a friendly at Mpira Stadium in Blantyre.

Earlier in the day, Uganda kept their Afcon qualification dream alive with a 1-0 victory over South Sudan in Kampala, Uganda. Uganda and Burkina Faso are joint leaders with seven points each whereas Malawi is third with three points. South Sudan anchor the group without a point.

January 19, 2023
PrevPreviousScorchers miss out on COSAFA final
NextMonday game is must win – MwaseNext