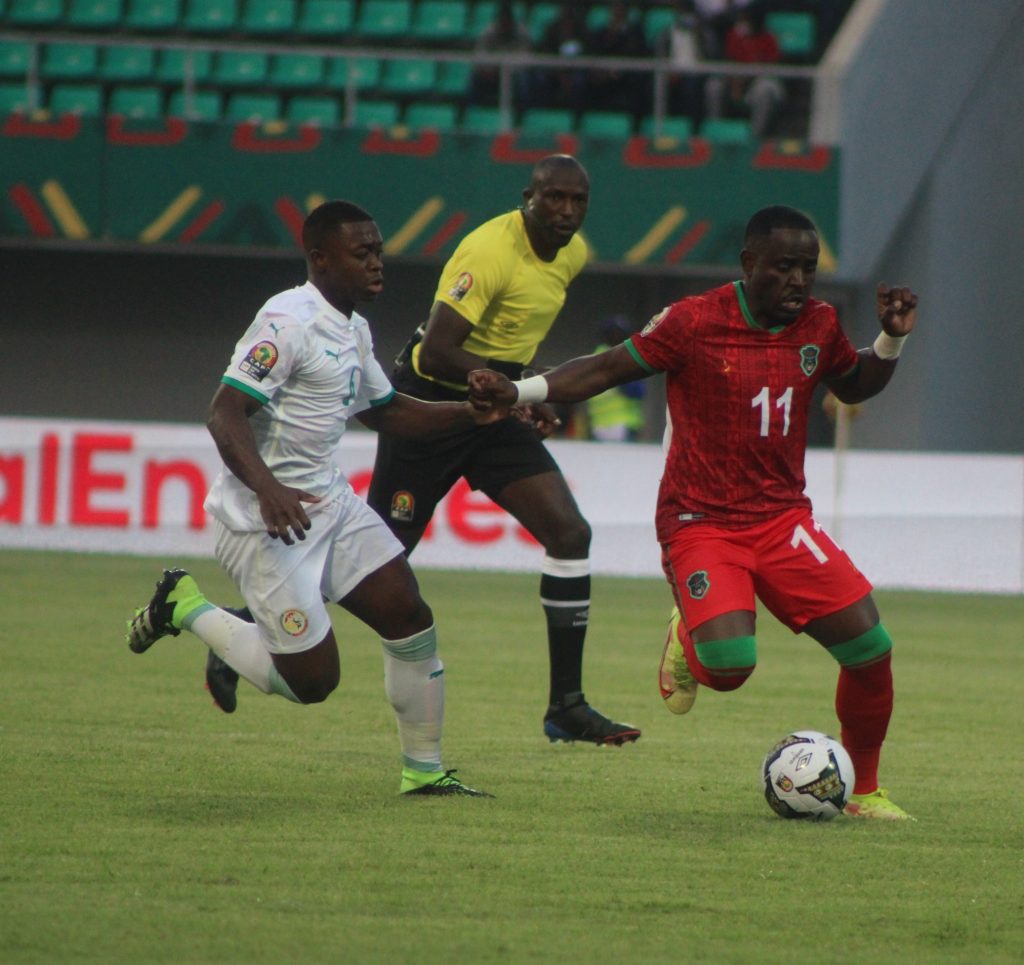 Malawi’s Flames are almost in the 2021 TotalEnergies Cameroon Africa Cup of Nations (Afcon) knockout stages following a deserved point after holding Senegal’s Lions of Teranga to a goalless draw at Kouekong Stadium in Bafoussam.

It was a battle of wits as the two sides were both aware that any result other than a win or draw would complicate their qualification mission.

The Flames welcomed head of technical panel Mario Marian Marinica, who missed the first two group matches as he was in isolation after testing positive for Covid-19.

The Romanian tactician, in charge of the team for the first time, deployed Zimbabwe game two-goal hero Frank Gabadinho Mhango and Khuda Muyaba as twin strikers upfront with Francisco Madinga and Micium Mhone on the wings to supply the duo.

Senegal led by Liverpool forward Sadio Mane, Habib Diallo And Boulaye Dia were desperate for a goal but Thom managed to keep them at bay.

Mane missed a good chance to put Senegal ahead when he failed to keep his shot lower after being set by Sarr’s.

On his part Gabadinho, who was tightly marked, also saw his set piece take a deflection and zoom off target with Chelsea goalkeeper Eduardo Mendy beaten.

Muyaba drove a volley just over the bar with Mendy fully stretched before Gomezgani Chirwa made a clever run down the left wing, beating his markers and sent a teasing ball that forced Mendy to tip it over for a corner.

The second half saw Senegal rushing for a goal while Malawi had to defend their territory.

The Flames have to thank Thom, who was at his best, denying Mane and his cronies several times.

Malawi was denied a penalty in the 73rd when Gomezgani Chirwa was brought down by Senegal’s defender in the box.

The referees awarded the penalty to Flames only to be overturned by video assistant referee (VAR).
Marinica made some tactical changes introducing Yamikani Chester to replace Micium Mhone, Richard Mbulu for Khuda Muyaba.

The result means Malawi, who lead the third-placed teams alongside Cape Verde are likely to make to the knockout stage, though they have to wait for the other groups to finish round three matches.