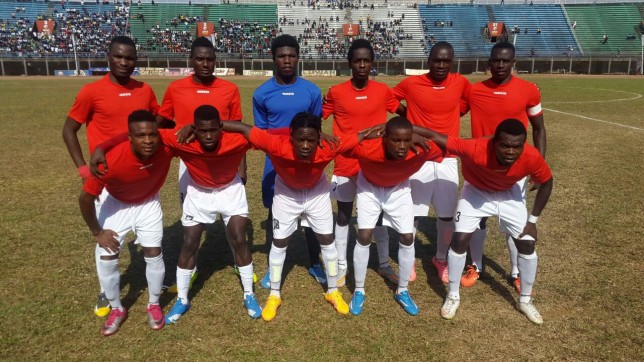 Football Association of Malawi (FAM) has announced that the pre-sale of tickets for Tuesday’s 2017 Africa Cup of Nations qualifier between the Flames and Guinea’s Syli Nationale will start on Friday.

FAM commercial director Limbani Matola said the pre-ticket sale exercise will be done at the usual selling points in Blantyre which will include filling stations and markets bur the main points remain Chiwembe Technical Centre, Kamuzu Stadium and Blantyre Youth Centre.
“Those that will buy in advance will have an advantage in that they will buy them at a cheaper price,” said Matola.
He said  advance tickets for open stands will be selling at K1 000 while those that will buy on the day of the match will cough K2 000.
“For VIP tickets will sell at K10,000 each and for those who will buy on the match day it will be K12,000.
“Similarly, Covered Stands have been pegged at K5,000 but a late purchase will be pegged at K6,000 . For MBC Stand it will be K2, 500 advance and K3, 500 match day,” he said.
The FAM commercial boss said this has been done to instill the culture of buying tickets in advance as selling tickets on match days often creates chaos due to panic