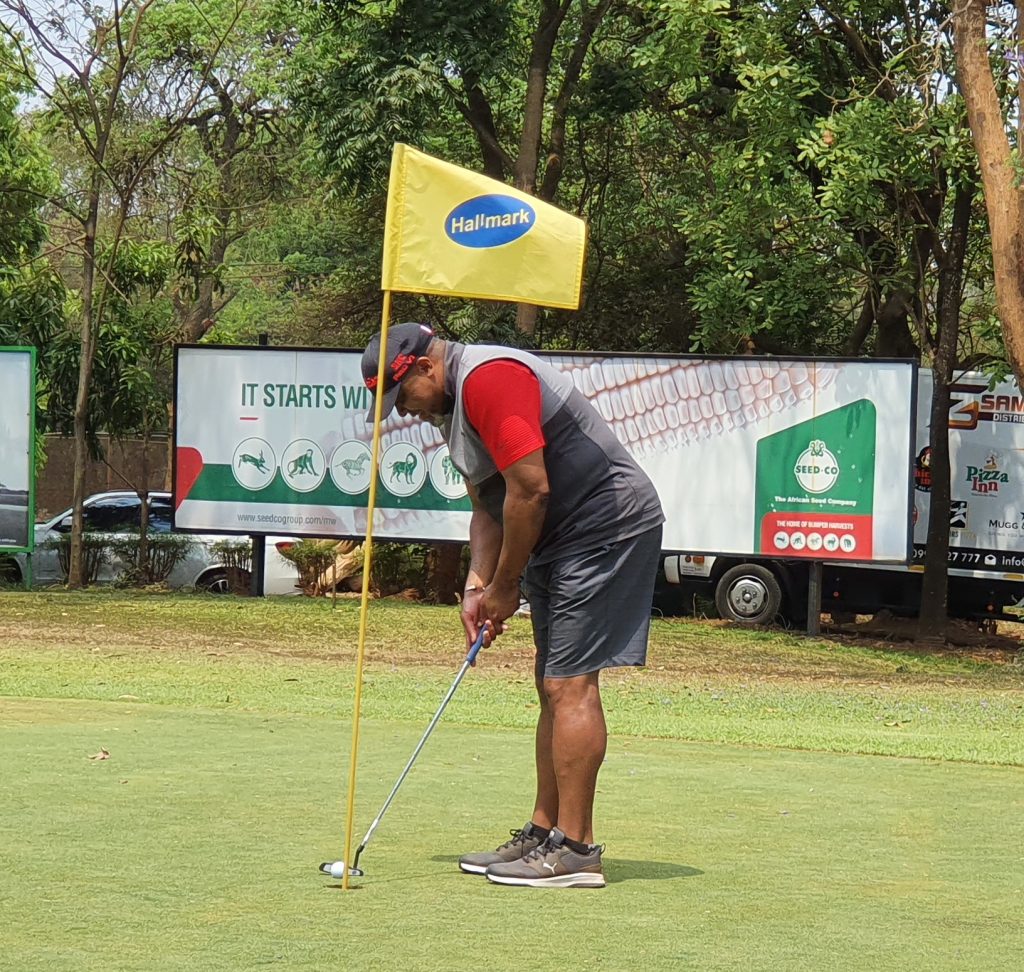 The tournament held on Saturday at the Lilongwe Golf Club was organised to raise funds for Flames preparations and participation at the AFCON finals in Cameroun in January.

The funds were raised through sponsorships,  registration fees, raffle draw and auction sales.
FAM 1st  Vice President Justice Jabbar Alide,  who is also Chairman of the Flames Resource Mobilisation Taskforce, said they were thrilled with the responce.

” We are very impressed with the responce . It has exceeded our expectations.  I never expected we  would beat the target  by such a margin. We would like to thank Corporates for their support.

“This  was one of the best organised golf tournaments as per the words of the State Vice President.

“Many thanks to the convener Brian Combes and  the LGC captain and the entire organising committee. This was a good start for our fundraising drive and we expect more exciting things ahead,” said Justice Alide.

He added that the Taskforce will ensure that every penny raised is accounted for.

” FAM has always been accountable for all the funds it receives from its partners and sponsors. We will do the same with these funds,” he said.

” The appeal was sent and you have responded well but you must respond very  very well . We expect more donations especially from the Banks and Telecominucations industry. You bank billions in profits and must do more to this cause.

” To FAM, these people have participated because you asked them. The best thank you to these people is to be accountable. Put the money to the right cause. We will demand accountability for our sweat. We wish the Flames the very best as we go forward. Do more and bring us glory,” said Chilima.

FDH Bank – Malawi  Team B of Justin Mkandawire and Thando Sibindi  emerged champions after beating a field of 140 golfers with a net of 67 points.

Ulemu Luganga and Edwarf Kauwuka playing as  Team Britam 2 finished second with 68 points and they each received a trophy, a Chipiku Stores voucher worth  K300,000, a K50,000 Royal Motors Voucher and a K50,000 M1 Electronics voucher.

On third position with 70 points was Standard Bank Team 1 comprising of Gray Kazima and David Medi. The two walked away with a trophy, a K25, 000 Chipiku voucher,  a K30,000 Royal Motors Voucher and a K25, 000 M1 Electronics voucher each.

In the ladies category Tamara Chafunya got the nearest to the pin on hole number 15 while Nkechi Anyanwu hit the longest drive on hole number one.They both  got a spar voucher courtesy of Amaryllis Hotel.

In Men’s category Raman got the nearest to the pin on hole number 12 while Maziko Kumbani hit the longest drive on hole number 9.They both got a meal card for four at Amaryllis Hotel.