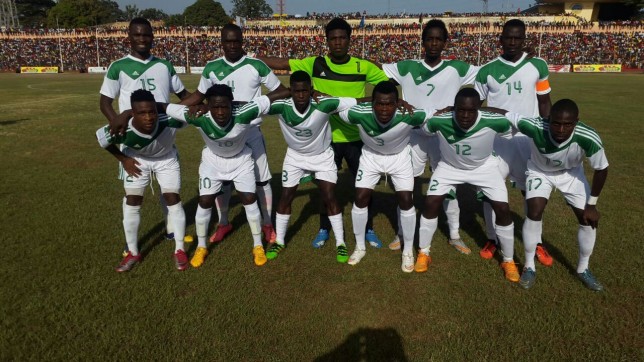 The Flames on Friday put up a spirited display to earn a point against Guinea away in Conakry which could prove vital in their 2017 Africa Cup of Nations’ qualification campaign.
Malawi held Guinea’s Syli Nationale to a goalless draw to keep Group L open as surprise leaders Swaziland’s Sihlangu were also held to a one-all draw by Zimbabwe’s Warriors in Mbabane.
The Flames are still third with two points just like Guinea who anchor the four team group due to an inferior goal difference.
Swaziland have five points so too second-placed Zimbabwe.
The Flames need to win Tuesday’s return leg against Guinea to remain in contention for qualification.
Coach Ernest Mtawali hailed his charges for holding on to their nerve throughout the match.
“The boys put up a gallant fight, it was a hard-earned point, but with an ounce of luck, we should have also scored because we missed a few clear-cut chances.
“Now we have to switch focus to the return leg. It will be amust-win encounter for us if we are to remain in contention and I am confident we can win,” said Mtawali.
Flames starting line-up was as follows: Brightone Munthali, Stanely Sanudi, Francis Mulimbika, Harry Nyirenda, Limbikani Mzava (C), Micium Mhone( Gabadinho Mhango), John Banda(John Lanjesi ), Chimango Kayira, Joseph Kamwendo, Robert Ng’ambi( Wonder Jeremani),Chiukepo Msowoya.