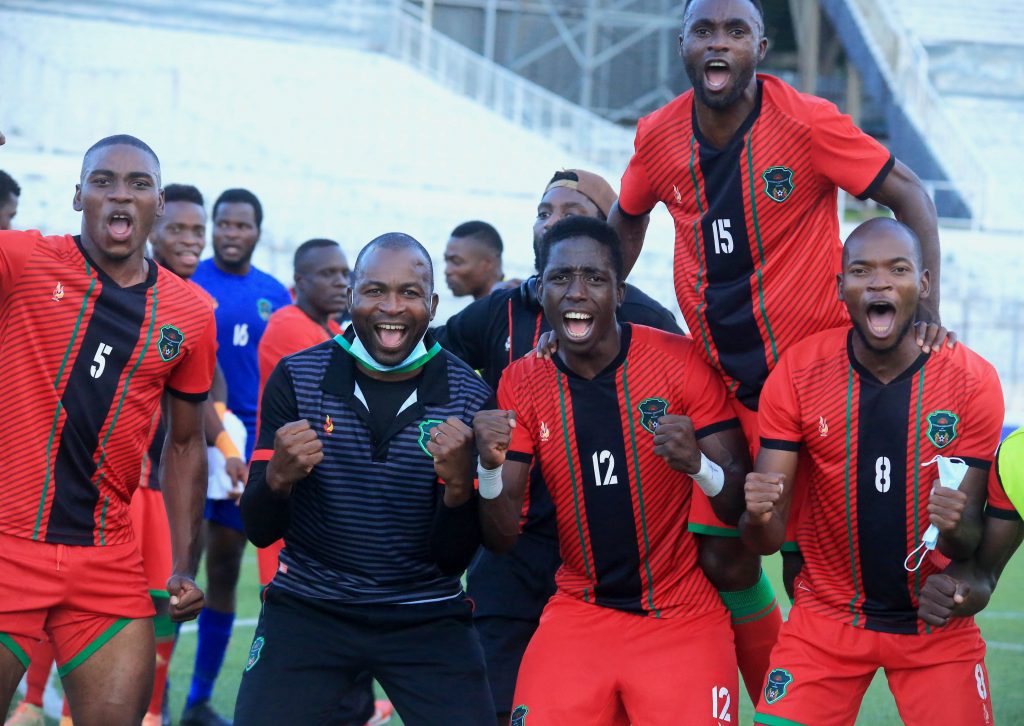 Malawi national football team, the Flames have qualified for the AFCON 2021 after a 1-0 victory over Uganda at Kamuzu Stadium in Blantyre on Monday afternoon.

Baroka FC striker Richard Mbulu scored the all-important goal for Malawi in the 15th minute to earn Malawi a third AFCON qualification after 2010 and 1984.

Malawi dominated the match in search for an early goal and got it within a quarter-hour mark, thanks to Mbulu’s diving header beating experienced Mamelodi Sundowns goalkeeper Dennis Onyango after Ngalande released overlapping right back Stanley Sanudi on the far right flank.

Uganda almost cancelled the lead in the 19th minute when Malawi goalkeeper Ernest Kakhobwe was beaten, but Emmanuel Okwi’s effort bounced of the post before Mzava cleared the ball.

Mbulu should have doubled the lead in the 22nd minute when yet another Sanudi cross picked Mbulu again in the box, but this time the experienced goalkeeper was alert to collect the header.

Malawi were dealt a blow in the 30th minute when Ngalande was forced out of the match after twisting an ankle. He was replaced by midfielder Francisco Madinga.

In the second half the Cranes made more changes as midfielder Tadeo Lwanga and Allan Okello were brought on for Mike Azira and Faruku Miya. Yunus Ssentamu was introduced for club-mate Ibrahim Orit.

Uganda survived in the 64th minute when the impressive Sanudi hit the wood-work from a long range effort with Onyango already beaten.

Onyango also came to the rescue of the visitors twice as he left his line to stop Mbulu’s close range shot and midfielder Peter Banda’s rebound in succession.

As time wore on frustration was all over the visitors as Malawi edged close to qualification.