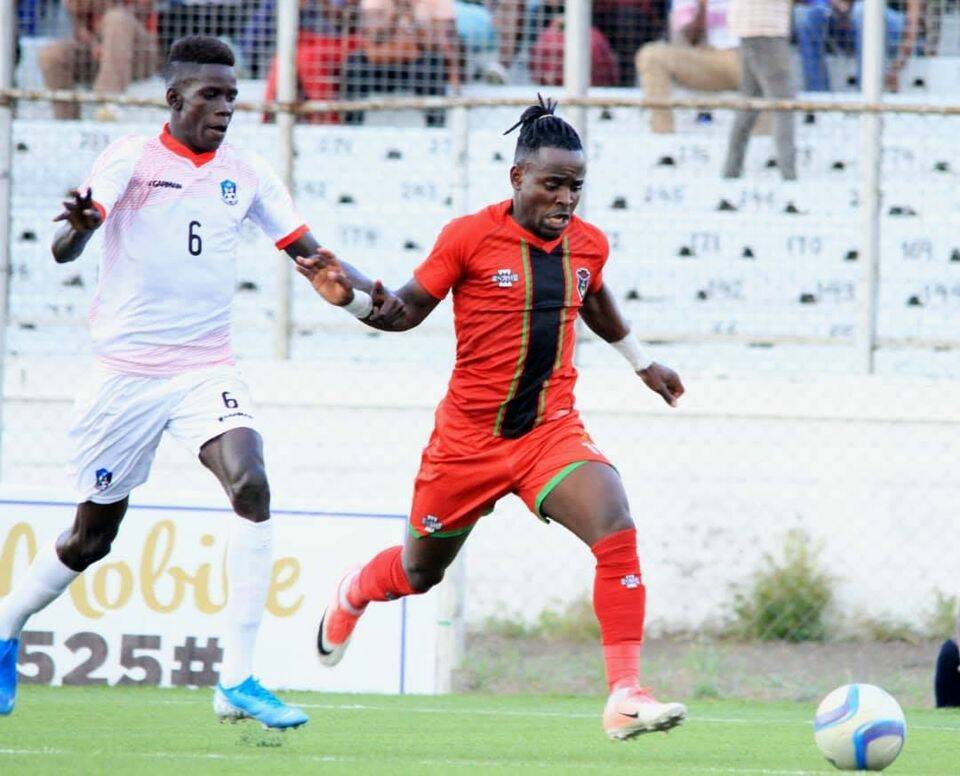 Flames wasted a number of good goalscoring opportunities as they were held to a goalless draw by Zimbabwe Warriors in an international friendly match played at the Mpira Stadium on Sunday afternoon.

The Meck Mwase side were hoping to bounce back from their 1-0 loss to Zambia on Wednesday but they could not find the magic key to unlock Zimbabwe’s defence.

Mwase made five changes to the side that lost to Zambia bringing on board Ernest Kakhobwe for Brighton Munthali in goals, Peter Cholopi for Dennis Chembezi, Schumaker Kuwali for Richard Mbulu, Chikoti Chirwa for Chimango Kayira and Chimwemwe Idana for Gerald Phiri Jnr.

Flames started brightly and were unlucky not to grab an early goal as a combination of Idana and John Banda released Kuwali to the left but the latter did little to test goalkeeper Talbert Shumba as his drive went wide.

In the 39th minute Yamikani Chester made a good run on the right before setting Idana who blasted his effort over the crossbar with an empty net infront of him.

Moments later Flames created yet another clear goal scoring opportunity through Gabadinho Mhango as the Orlando Pirates striker made his way into the penalty box but shot over the cross bar with only Shumba to beat.

Substitute Richard Mbulu, who came in for Idana, was unlucky not to find the back of net in the 73rd minute as his solo effort was saved by Shumba.

Just a few minutes after coming in for Kuwali, Micium Mhone almost gave the hosts the lead when he was found unmarked in the six-yard box only to be denied by Shumba, who produced a top reflex save.

Mwase bought in Kenyan based Andrew Malisero, giving him his Flames debut, as he replaced Mhango in added time but it was too late to make an impact.