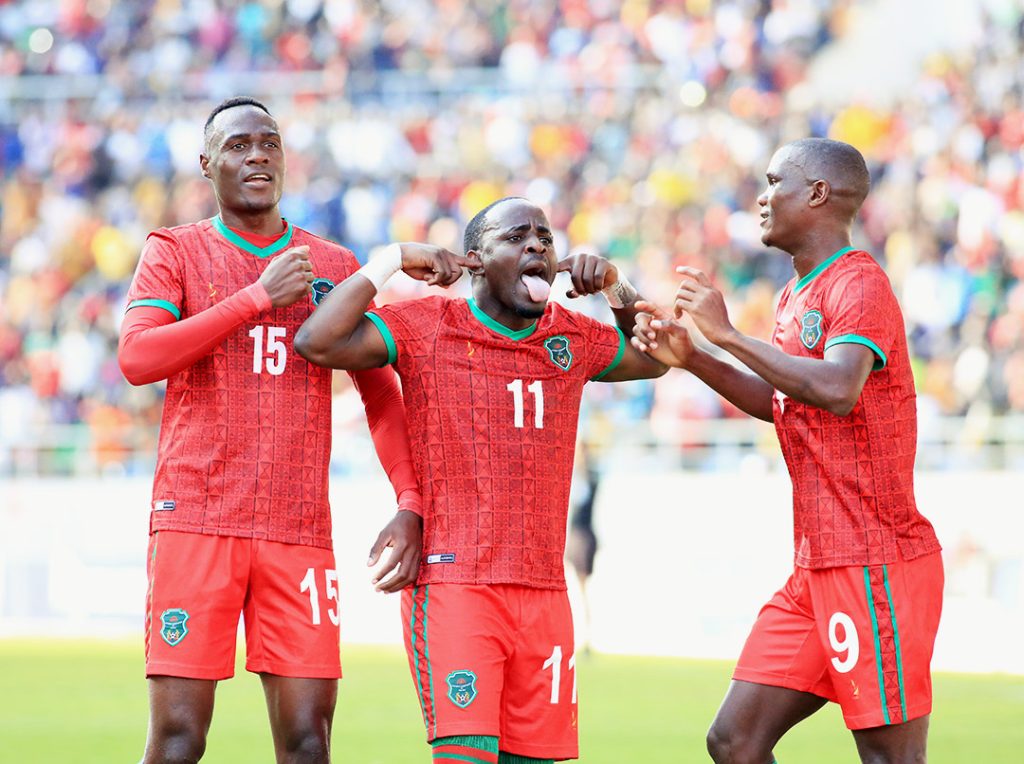 Malawi national football team, the Flames have started the TotalEnergies Africa Cup of Nations 2023 campaign with a 2-1 victory over Ethiopia at a fully-packed Bingu National Stadium in Lilongwe on Sunday.

A Gabadinho Mhango’s brace was all the Flames needed to collect maximum points and top Group D while waiting for Egypt and Guinea to clash in the pool’s match day 1 second game.

A foul by Yared Bayeh on rampaging striker Stein Dave prompted South African referee Abongile Thom to award the Flames a penalty and Mhango coolly buried it to the left corner in the 10th minute after sending the Ethiopian goalkeeper the wrong way.

Another foul by Mignot Debebe on the former Orlando Pirates star convinced referee to award yet another penalty and this time, composed Mhango sent it right into the middle of the net just when the goalkeeper thought he would put it on the same spot.

Ethiopia responded with a barrage of attacks on Malawi half, but though they enjoyed massive ball possession (Ethiopia-70, Malawi-30), they failed to penetrate Flames defence that fiercely protected their goal area resulting in the visitors registering no attempt at goal at half-time.

But the Flames stuck to their game plan: Let the visitors enjoy possession and hit the with long balls from flanks into their final third where Mhango, Khuda Myaba and Davie were causing havoc.

But the visitors finally pulled one back in the 66th minute from the spot kick after a foul in the box by sit in captain John Banda.

Abubakker Nasirs slotted past a rooted Thom, giving the visitors hope of salvaging a point from the match.

Gaba almost grabbed hat-trick but his 77th minute header was ruled off side.

Marinica also made some final changes in the dying minutes of the match, bringing in Micium Mhone to replace Myaba in the 83rd minute while Gaba was pulled out in the 88th minute and replaced by defending midfielder Chikoti Chirwa to seal the game.

So, Ethiopia’s fate was sealed as it ended Malawi grabbing three points to give the Flames an advantage going into match day 2 on Thursday when they face Guinea away in Conakry while Ethiopia face Egypt at Bingu National Stadium.

Marinica admitted that Ethiopia gave the Flames a good run for their money.

He said: “It was a very tough game. Ethiopia is a fantastic team. They play very good football. They have fantastic players.”

His counterpart Wubetu Abate felt their good performance was betrayed by the two penalties from needless tackles from his defenders.

“But congratulations to Malawi. They deserved it,” Abate said: “
Starting Line-Ups: