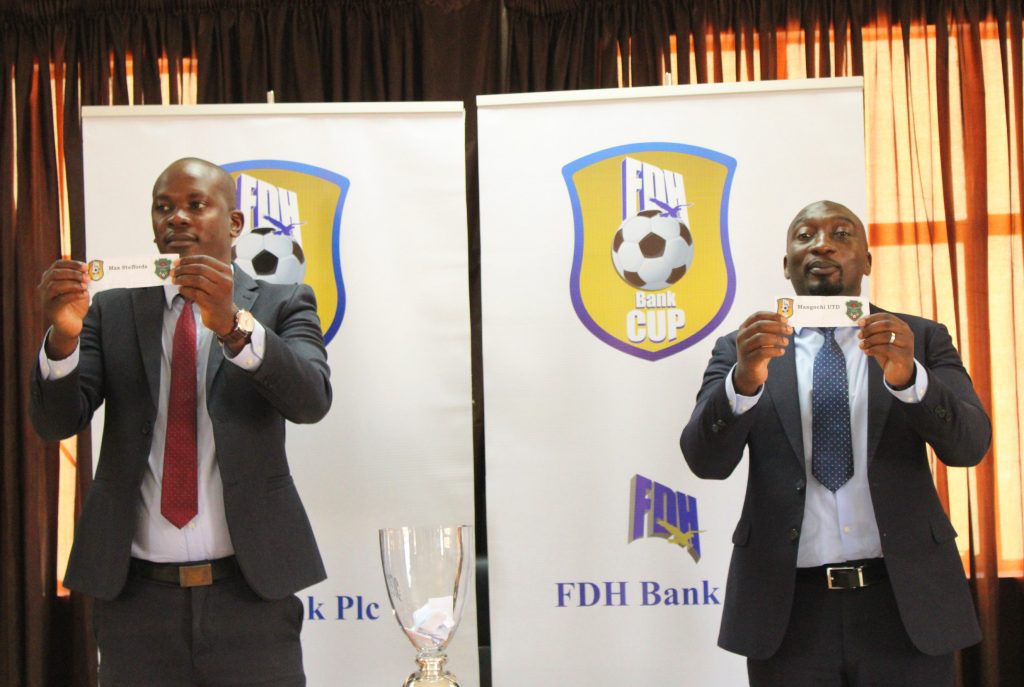 FDH Bank says it will dress the 16 Regional League teams that will qualify for the FDH Bank Cup National phase.

The Bank’s Marketing Manager Ronald Chimchere disclosed this during the draw for the Cup’s Regional Preliminary Phase held on Wednesday morning at the Mpira Village in Blantyre.

The uniforms will be on top of the K500,000.00 and two match balls that the bank had already pledged to the 16 teams.

Chimchere said they want the to make the competition exciting at the lower level hence the incentives.

“We are excited that we are finally starting the competition. We want to make the matches in regions very competitive and this is why we have pledged to buy uniforms for the 16 teams on top of other incentives so that the the teams are motivated to do well,” said Chimchere.

FAM General Secretary Alfred Gunda thanked FDH for coming up with more incentives for Regional Leagues sides and said the association is ready to administer the competition professionally.

About 62 teams (20 from the South, 24 Centre and 18 north) went into the draw that will determine the 16 teams to join the16 Super League teams for the National draw.

The Centre will have two rounds of matches where in round one all the 24 teams will play to determine 12 teams to qualify for the last round that will produce the six teams for the national draw.

From the 18 participating teams, nine teams that participated in 2019 season were seeded. The remaining nine teams, which have just joined the league this season, were put in one pot where four teams were drawn to play in two playoff matches.

For round one, the two playoffs’ winners joined the nine seeded teams and the other five teams for the first round of 16 teams to identify eight teams to qualify for the second round.

The Regional Preliminary Round matches will be played between 29 May- 13 June 2021.

1. Neno Giants vs Bangwe All Stars