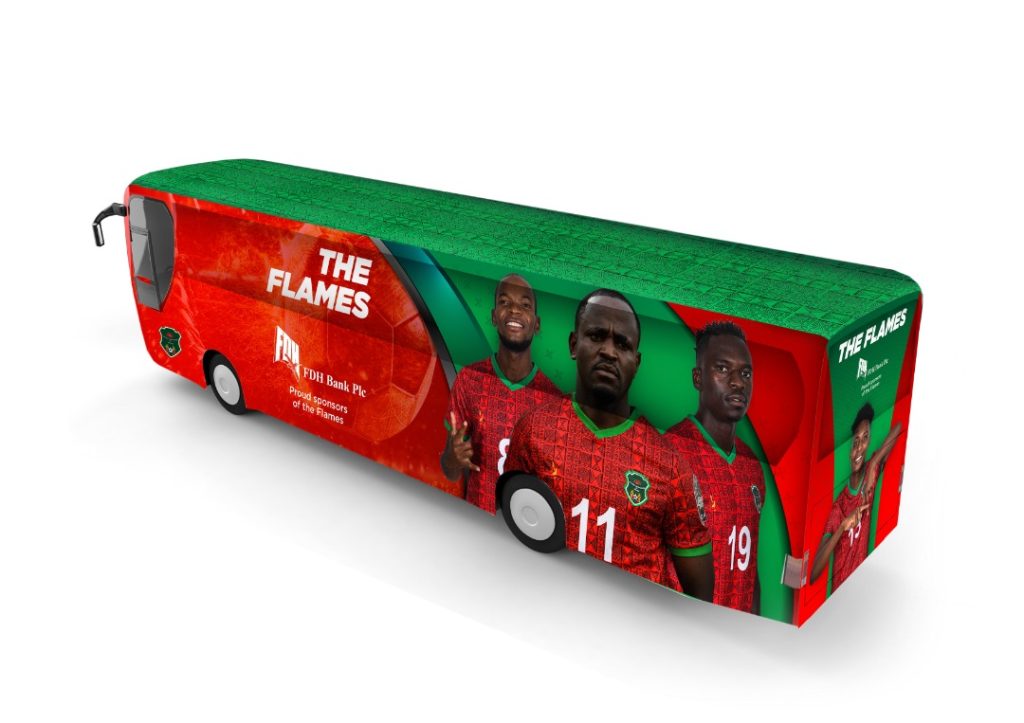 FDH Bank Plc, the official sponsor of Malawi National Football Team, has committed to purchase a brand new state of the art luxury coach for the Flames.

FDH Holdings Group Chief Executive Officer, William Mpinganjira made the announcement on Wednesday morning when he visited the Flames at their base in Djeunga Palace in Yaoundé, Cameroon to congratulate the team on their 2021 TotalEnergies Africa Cup of Nations achievements.

The Flames made history by qualifying for the knockout stages of AFCON for the first time ever but bowed out honourably with their heads held high after a loss to highly ranked Morocco in the Round of 16 on Tuesday evening.

Mpinganjira, who flew into Cameroon with other FDH Bankofficials on Tuesday afternoon to support the Flames on its fixture against Morocco, said as official sponsors they are impressed with the team’s achievement.

“We have been with the team for six years now and we are happy with the progress that we have made together along the way.

“+Sometime back in our discussion with FAM leadership we noted that the Flames bus is aging. As a token of appreciation for your performance here in Cameroon, we will buy you a brand-new coach. The purchase of the bus is over and above our annual contribution to the Flames. This is just the beginning of more good things to come,” said Mpinganjira.

FAM President Walter Nyamilandu Manda thanked FDH for the gesture saying they have bailed out the team from using an old bus.

“The bus the Flames are using is old and needed urgent replacement and we have been struggling on how to replace it due to limited funding. The gesture from FDH Bankis therefore very timely and we remain forever grateful.

“On top of that we are grateful for your coming to watch and support us play against Morocco. Your presence encouraged the boys to work harder as it proves that you are with the team all the way.

“You also facilitated our smooth participation at AFCON. You gave us the whole K120 million annual sponsorship at once which we don’t take for granted,” said Nyamilandu.

FDH started sponsoring the Flames in 2016 to the tune of K30 million a year before doubling it in 2018. Last year the Bank further doubled the sponsorship to K120 million.