FAM working on bringing back football 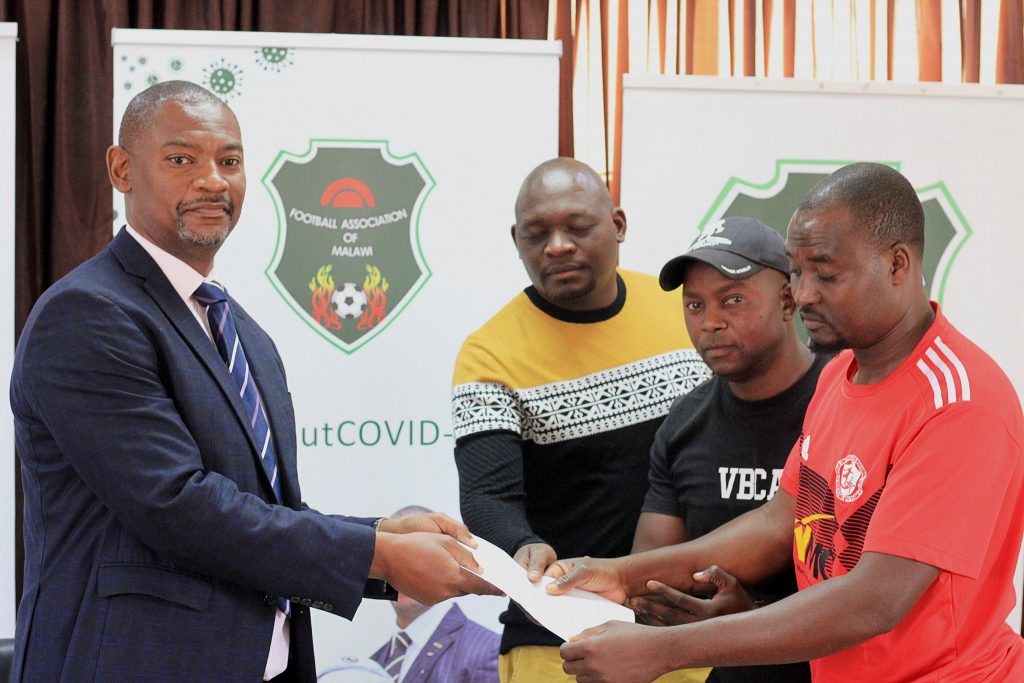 The Football Association of Malawi says it is following a systematic approach by seeking guidance and cooperation from relevant authorities in its effort to bring back football within the next three months.

FAM President Walter Nyamilandu made the remarks on Wednesday morning when he received a petition from concerned supporters, who are asking football authorities to restart football activities which were suspended in March due to the Covid-19 pandemic.

The supporters want football to restart because most sectors in the country are no longer adhering to Social Distancing Measures that lead to the football lock down in the first place.

They cited the holding of massive rallies, normal operation of markets, churches, bars and night clubs as examples that life is back normal.

But Nyamilandu said, while the supporters concerns are understandable, FAM will not be tempted to follow suit at the expense of their stakeholders’ well-being.

“We would like to applaud the supporters for taking the right approach by contacting us first as the custodians of organised football in the country.

“They would have resorted to venting out their concerns by demonstrating in the streets. But they realise the need to follow and respect the right channels of presenting concerns in organised football.

“As FAM we would also want football to start. But we will do it in a proper manner that takes into consideration the safety of all of us,” said Nyamilandu.

He then outlined FAM’s plan to restart the game by August.

“We devised two football calendar scenarios and entailed a delayed start up with September as a deadline or forfeiture of the season in the event of the status quo prevailing until end of the year.

“We proposed that we should kick off latest in three months’ time. The process will be followed up by a meeting between the FAM Competitions Committee and the Task Force this Saturday.

“Bearing in mind that COVID-19 will persist for a long time, the Committee will need to put in place guidelines and conditions of how football activities can be conducted in the safest manner possible to avoid spread of the coronavirus.

“This proposal will be submitted to Malawi Government through the ministry of Sports for further consultation and consideration. The consultation will also be extended to FIFA and CAF so that we get guidance on our proposals to resume matches within the most practical time frame,” he said.

The Supporters led by Mabvuto Chibambo of Nyasa Big Bullets thanked FAM for listening to their concerns.

“We are thankful that FAM gave us audience and we are convinced with the plan that they have put in place to resume football. We will patiently wait and see what will happen in the next few days,” said Chibambo.