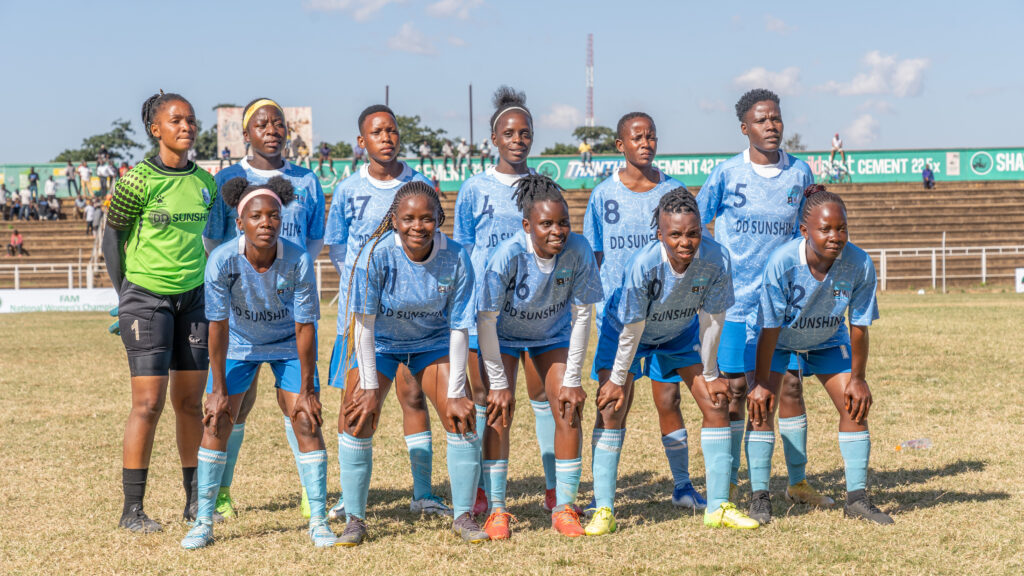 The Central Region FAM Women’s League championship will be decided on the final day of the league as the title contenders, DD Sunshine and Ascent registered wins in their last but one matches on Wednesday afternoon.

The two teams are tied at 33 points going into the last round of matches this Sunday but DD have a superior goal difference.

Ascent Academy on the other hand thrashed Blue Eagles 13- 2 to keep their hopes of a maiden title alive. The result have made the competition more exciting as Ascent have reduced the goal difference gap with DD from  10 to just four.

Apart from the title race there is also a battle for the third place, which is the last qualification slot for the National Championship, between Destiny Academy and Civil Service United.

Below are the full results for the Central Region FAM Women’s League matches played on Wednesday afternoon: