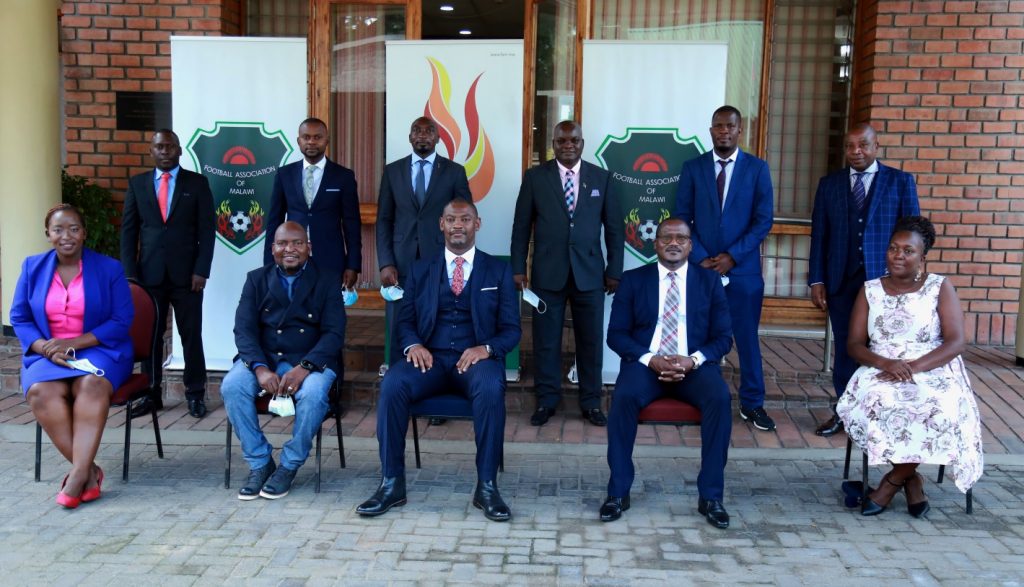 The FAM Executive Committee held its first quarterly meeting of the year 2021 at the Sunbird Nkopola in Mangochi on Saturday 9th January 2021 and made key resolutions on among other issues the Football Re-start plan for other Leagues, Football dedicated Pay TV and the status of Regional Football Associations

Football Restart for Other Leagues

This follows Malawi Government’s decision to limit public gatherings to 100 people which has affected the earlier plans to restart all other league by 11th January 2021.

The Committee resolved to withhold the decision to pull out of the partnership with Malawi Digital Broadcasting Network Limited (MBDNL) to launch a pay Television Channel for football.

Last week FAM made a decision to walk away from the deal after its launch failed to take place three weeks ago following failure by MDBNL to show up at a signing ceremony that was scheduled for 18th December 2020.

The Committee resolved to accept FISD Company LTD decision to pull out of sponsorship deal which expired on 31st December 2021 despite the Company having an obligation to release sponsorship funds for the 2020/2021 season.

FISD has indicated that the decision has been arrived at due to current business operating environment of the Company and its Directors.

FAM fully understands the plight of the Company and is saddened that its five-year relationship with FISD Limited has come to an end in this unceremonious manner without a befitting send off on the field of play due to the COVID-19 situation and other non-footballing reasons.

The withdraw of the sponsorship is a huge setback and big loss considering the impact the Cup had on Malawi Football since it was introduced in 2016. To date the FISD Challenge Cup was the only National Cup that provided a platform for amateur district teams to play against elite Super League teams.

FAM would like to thank FISD Company LTD, a wholly Malawian owned Company, for their support, passion and commitment in football development in the country. FISD will always be welcome to come back into the game in future.

In line with article 75 of the FAM Statutes which gives the Executive Committee of FAM powers to make the final decision on any matters not provided in the FAM statutes or in case of Force Majeure, the Committee made a decision to extend the mandate of three Regional Football Associations, which will expire in the next few days, until their cases with the Anti-Corruption Bureau (ACB) are concluded and elections can be properly conducted.

In November 2020, the ACB stopped the Elective Annual General Meetings of the Southern, Central and Northern Region Football Associations following allegations of irregulates in the nomination process.

The Standoff presents a possible power vacuum when the 60 days within which an election has to be held upon expiry of the terms of office is up in the next few days.

As result the Executive Committee in exercise of its powers resolved to extend the mandate of the three Associations until ACB makes a determination to:

FAM has taken measures to inform the World football governing body FIFA on the current events.

In line with articles 16 d and 16e of the FAM Statutes, the three Associations are advised to comply fully with the decision and ensure that it is respected by its members.

FAM would also like to advise the three Associations to continue complying with the ACB restriction notice and fully co-operate with the investigations that are being undertaken to ensure that the truth of the matter is well established and duly resolved.

FAM remains committed to ensuring that integrity in the administration of football is not compromised by upholding the virtues of corporate governance at all levels.