FAM commits to giving back to communities 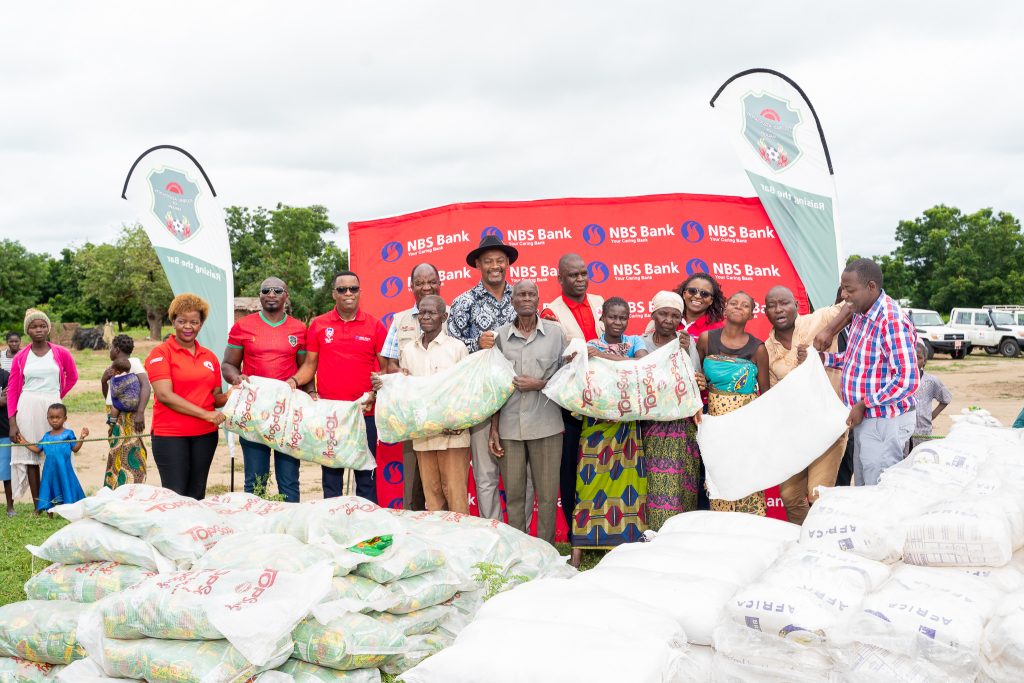 Football Association of Malawi (FAM) says it is committed to giving back to the football fraternity by, among other things, rendering support to vulnerable communities.

FAM President Walter Nyamilandu made the commitment on Thursday morning when FAM, in partnership with NBS Bank, Nyasa Big Bullets Football Club, Silver Strikers Football Club and Malawi Red Cross Society, made a donation of food items to communities in Chikwawa that were displaced by Cyclone Ana.

Nyamilandu said the association’s gesture is an indication that, apart from entertainment, football can also be used as a means to reach out to vulnerable people.

“As the football fraternity, we are excited that finally the plans that we had of reaching out to victims of Cyclone Ana has been fulfilled. We were very concerned with the disasters and its effects and when we restarted the season in March, we felt it wise to come in and help using the proceeds from the Charity Shield.

“This is a demonstration that football is more than a game. It is not just entertainment but it can be used as a tool that can help people to develop both socially and economically. We have used football to spread the message that our friends from the Shire Valley need help, especially for them to relocate and we hope that our gesture will have an impact to the community,” he said.

Nyamilandu also disclosed the Association is in talks with FIFA on a possible football development initiative in the Shire Valley.

In her remarks, NBS Bank Deputy Chief Executive Officer Temwani Simwaka said the bank is excited to fulfil their objective by helping the affected families.

“We are a Malawian bank and while helping people to access financial services, we also take it as our responsibility to help people whenever they are affected because they can’t access our services when they are in trouble.

“We worked together with FAM in organising the match and the proceeds were sent to Malawi Red Cross Society to buy food items for the affected people and as a caring bank, we are happy to see these people receiving the items,” said Simwaka.

Malawi Red Cross Society President Innocent Majiya hailed FAM and NBS for reaching out to the needs of the affected people, saying this has fulfilled the society’s objectives.

“As Malawi Red Cross Society, we are happy that we have achieved what we thought is the best way to help the people. We made an appeal to various organisations and we are happy that NBS and FAM came forward and helped with the proceeds from the Charity Shield.

“We are mandated to reach out to people whenever they are affected by various disasters and we will be here until these people go back to their normal live. So it is our appeal that more organisations should come forward to help these people so that we come up with a sustainable recovery plan,” said Majiya.

One of the beneficiaries Divason Dyson was all smiles, explaining that he had received food that will take care of his family for some days as they had no food in their household.

“I am very happy that that I have received these items because I had no hope of eating today.

“Since Cyclone Ana, we have been facing a lot of challenges like lack of food, clothing and beddings but some organisations, including the government have been coming in to help us and today we are very grateful that FAM, NBS and Red Cross for these items. We however would like to appeal to the government to help us in relocating to higher land so that we don’t face the same challenges next year,” said Dyson.