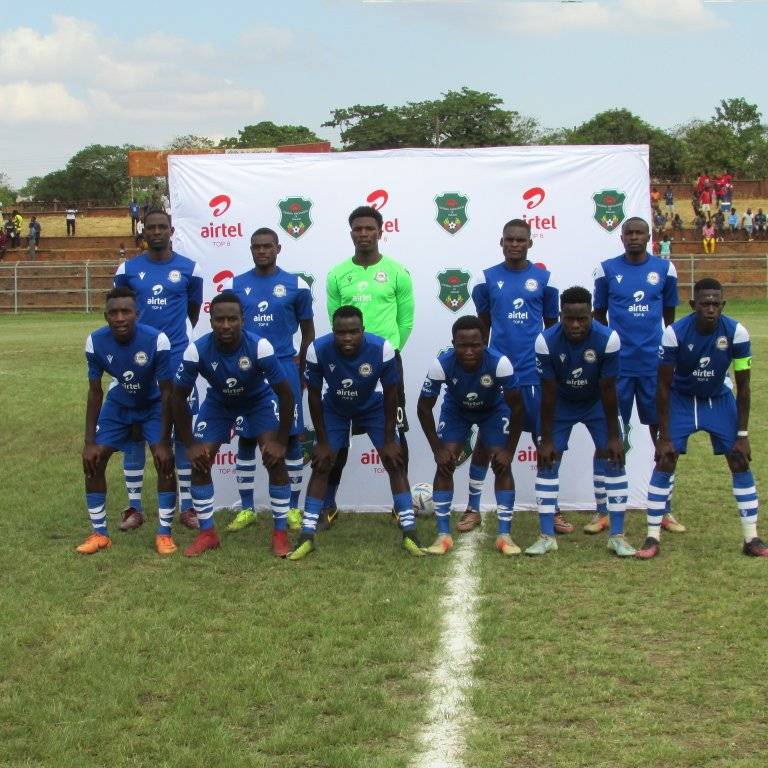 Dedza Dynamos Salima Sugar put up a splendid performance to stun Blue Eagles 2-0 in Airtel Top 8 quarter-finals second leg at Dedza Stadium, but the victory was not enough to turn the tables as they were knocked out of the competition 2-3 on aggregate.

The match started slow as both sides were timid to go forward.

Eagles opted to defend their 3-0 first leg win while the hosts were cautious not not conceed more goals.

But the match finally opened up in the second half as Dedza now went flat out pushing the visitors in their half.

Playmaker Clement Nyondo finally put the hosts in driving seat in the 65th minute, after a nice pass from Victor Lungu, beating John Soko in goals for Eagles with so much ease.

Nyondo completed a brace in the 84th minute after he was set up by Promise Kamwendo’s header.

The second goal was a wake up call for Eagles who had allowed Dedza so much space, hoping to defend their three goal cushion.

However, much as Dedza tried to get the third goal to force the match into a stalemate and possibly post match penalties, that goal never came and Eagles survived the scare.

Dedza coach Dan Dzinkambani said in post match interviews: “We played much better than in the first leg. This was one of our biggest performances this season. The boys did everything according to plan.”

But the coach bemoaned the team’s waste of scoring opportunities, especially in the first half.

“It was too little, too late. May be if we had scored at least a goal in the first half we could have managed to qualify,” he said.

Eagles assistant coach Christopher Sibale said they relaxed in the match, knowing that it would take Dedza a miracle to overturn the 3-0 victory from the first leg.

He said: “When you have already done the job in the first leg, you don’t need to panic.

“We knew they can’t score three goals. We knew we would go through.

“So, no pressure. The job was already done in the first leg. You could see the boys were playing soft.”

The result means Eagles have set up a semi-finals clash against Wanderers.

“Wanderers are a different team. We know how to approach their games,” Sibale said.

Meanwhile, Nyasa Big Bullets will wait for the winner between Kamuzu Barracks and Silver Strikers on Sunday at Champions Stadium in Mponela, Dowa.

The match promises fireworks after the two sides settled for a 1-1 draw at Chitowe Stadium in Dwangwa, Nkhotakota.

Kamuzu Barracks carry a slight advantage having managed to score away and also remain unbeaten at their newfound home.

But assistant coach Blessing Kawanga said they are not dwelling much on the first leg result.

“This is a different game. We are looking forward to the match. We are going flat out to win. There is no option.
“We drew against them at ttheir backyard and we are going there with an attacking mindset knowing that it’s goals that will win us the match.