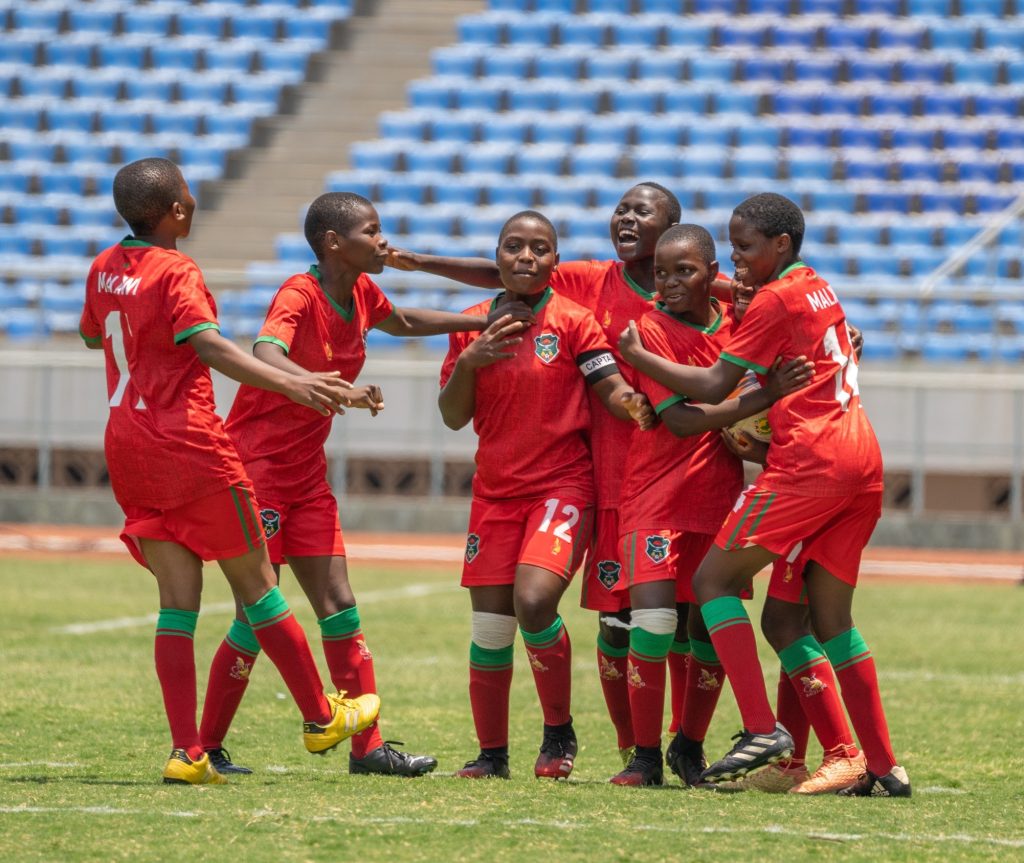 Home team Malindi Secondary from Malawi were the star performers on the opening day of the girls’ competition at the CAF African Schools Championship | COSAFA Qualifier that is taking place in Lilongwe.

Malindi Secondary won both their Group A games to seal a place in the semifinals, having taken a full haul of six points to ensure they win the pool.

The girls defeated Anse Boileau from Seychelles 5-0 in their opener, with Victoria Mkwala grabbing a brace in an emphatic victory. Mkwala was then on target again as the side defeated Edendale Technical from South Africa 1-0 in their second game of the day.

Edendale will now take on Anse Boileau on Sunday for a place in the semifinals, with a draw enough to see them through by virtue of a better goal-difference.

There was just one match in Group B of the girls competition as Mothamo JSS from Botswana played to a goalless draw with GS Ningha from Comoros.

They will be joined in the competition on Sunday by a third side in the pool, School 7024 C.Ledo, who have been late arrivals in Malawi due to paperwork issues.

There were just two games in the boys’ competition on Saturday, one in each of the pools.

South African school Clapham High eased to a 3-0 victory over Ile Perseverance from Seychelles. The hero for Clapham was forward Sibusiso Tslomane, who netted a hattrick in the game.

Salima Secondary from Malawi will enter the fray on Sunday with matches against both the South African and Seychelles teams.

The only game in Group B saw Angolan outfit Rosinha ease to a 2-0 win over IQRA School from Comoros. Thamaga JSS from Botswana are the third side in the pool, who take on both those teams on Sunday.

The top two teams in each pool in both the boys and girls competition advance to the semifinals, with the sides that finish third playing off for fifth place.

The players were also welcomed to the competition on Saturday by Confederation of African Football (CAF) President Dr Patrice Motsepe as he has been a major champion of the schools competition through his Motsepe Foundation.

He headed a list of dignitaries at the event, including COSAFA President Artur de Almeida e Silva and Football Association of Malawi President Walter Nyamilandu.

You can watch selected matches throughout the three-day competition at COSAFA.TV and FIFA+.