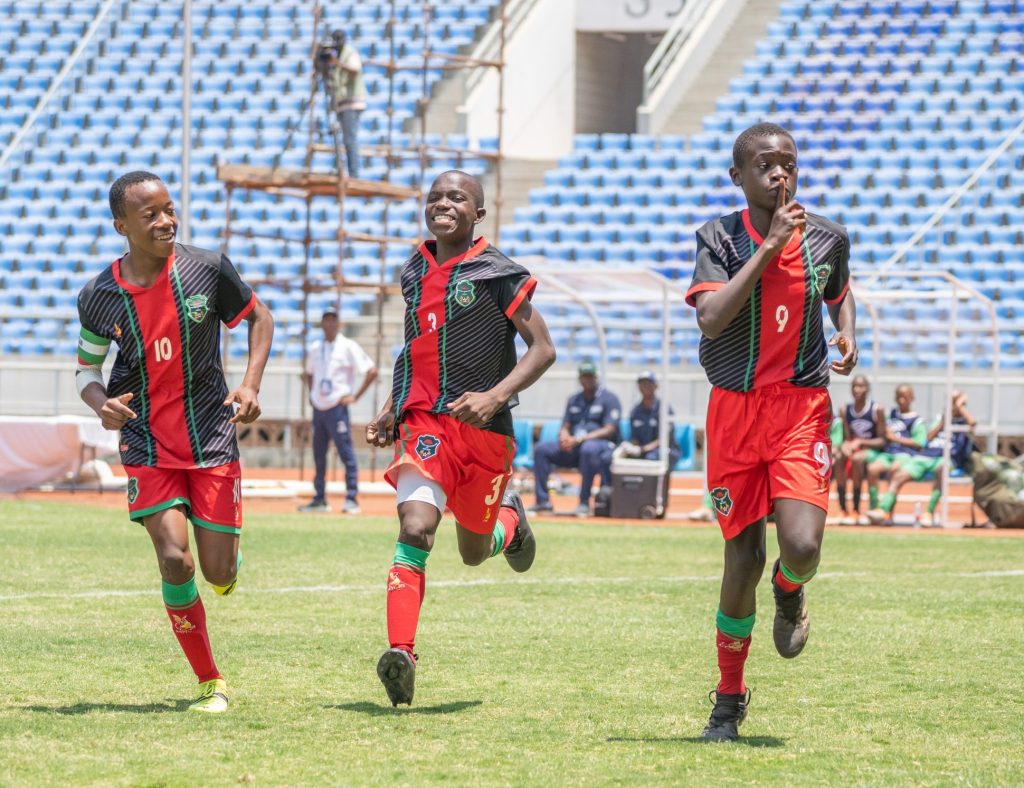 The semifinals are set in the boys’ competition at the CAF African Schools Championship | COSAFA Qualifier following another action-packed day at the Bingu National Stadium in Lilongwe, Malawi on Sunday.

Salima Secondary from Malawi will tackle IQRA School of Comoros in their semifinal on Monday (10h00 CAT), while at the same time Rosinha from Angola take on South Africa’s Clapham High. This after Salima Secondary and Rosinha topped their pools.

Salima Secondary got the day off to an excellent start with a 4-0 win over Seychelles outfit Ile Perseverance, with Ishumael Bwanali, Worship Chimkondenji, James Lumbe and Blessings Sakala all on target.

That left a winner-takes-all clash with Clapham High for top spot, but the game ended in a 1-1 draw, which means the Malawians top the pool on goal-difference.

Leandro Pindi scored twice as Rosinha defeated Thamaga JSS from Botswana 3-0 in their final game in Group B for a full haul of six points.

That left IQRA School and Thamaga JSS to fight it out for second place and when they played to a goalless draw, it was the Comoros team who finished second on goal-difference.

Ile Perseverance and Thamaga JSS will play for fifth place on Monday at 09h00 CAT.

In the girls’ competition, Malindi Secondary School have had two of their results

awarded to their opponents after a misinterpretation of the regulations saw them field two ineligible players.

According to competition regulations, the eligibility of players is as follows:
Upper age limit:all players must be a maximum of 15 years old by the end of the calendar year in which the final competition is played (i.e. all players of the teams were born on or after 1 January 2008).

Two players in the Malindi Secondary School team did not meet this criterion for their games against Anse Boileau (Seychelles), Edendale Technical (SA) and as such these results, which were in favour of the Malawian side, have been awarded to their opponents.

Those sides will be given the three points from the each of those fixtures, but there is no award of goals. The competition organising committee is of the view that this was a simple misinterpretation of the regulations.

It means South African school Edendale Technical are in pole position to be crowned champions when the two final round-robin matches are played on Monday.

They need just a draw against Mothamo JSS from Botswana (11h00 CAT) to take top spot, but will finish first even in defeat if Anse Boileau don’t beat GS Ningha from Comoros in their final game that kicks off at 09h00 CAT.

Malindi Secondary School have completed their fixtures and but could still finish as high as second.

You can watch selected matches throughout the three-day competition at COSAFA.TV and FIFA+.