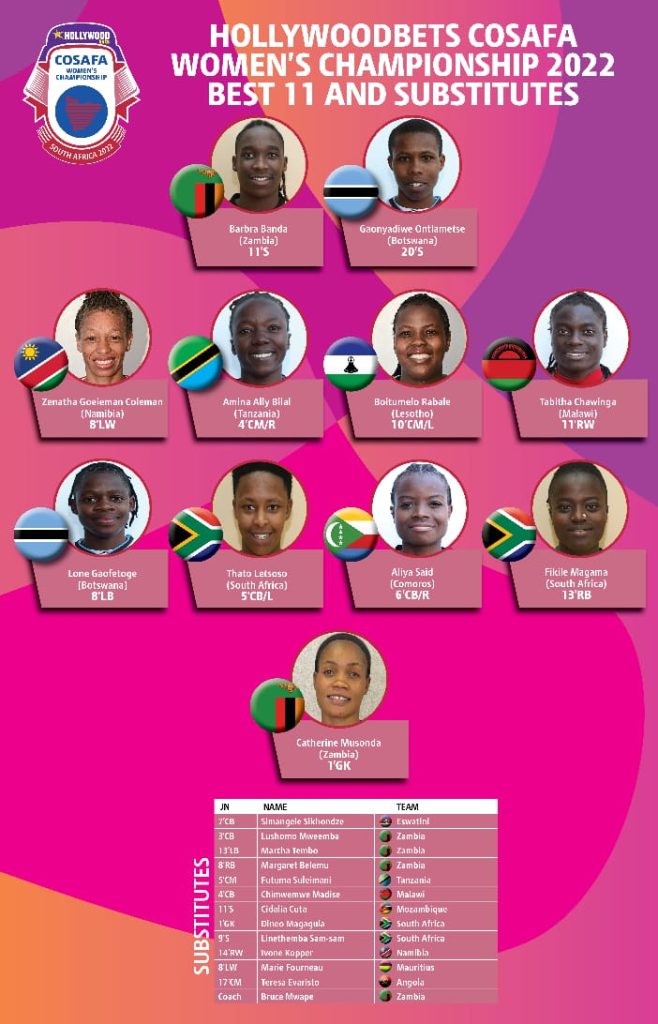 According to the list released by Cosafa, Chawinga is the right winger while Lesotho’s Boitumelo Rabale and Tanzania’s Amina Bilal are central midfielders and Namibia’s Zenatha Coleman is is the Left Winger.

Botswana defender Lone Gaofetoge is the Left back while South Africa’s Thato Lesotso and Comoros’ Aliya Said are Center Backs and South Africa’s Fikile Magama is the Right Back.

The Copper Queens’ goalkeeper Catherine Musonda who was named goalkeeper of the tournament is the team’s goalkeeper.

Chawinga is the only Malawian player in this year’s Cosafa Women’s Championship first 11 while defender Chimwemwe Madise is among the substitutes.

The Inter Milan Striker scored three goals in the two games that she played at the 2022 Cosafa Women’s Championship. She did not feature in the Scorchers’ last group stage match against Tanzania as she had left for her base Italy after the end of the August 29-September 6 FIFA International Window.

According to Cosafa, the team’s Coach is the Gold Medal winner Bruce Mwape.

Below is the full list of 2022 Hollywoodbets Cosafa Women’s Championship best 11 and substitutes: