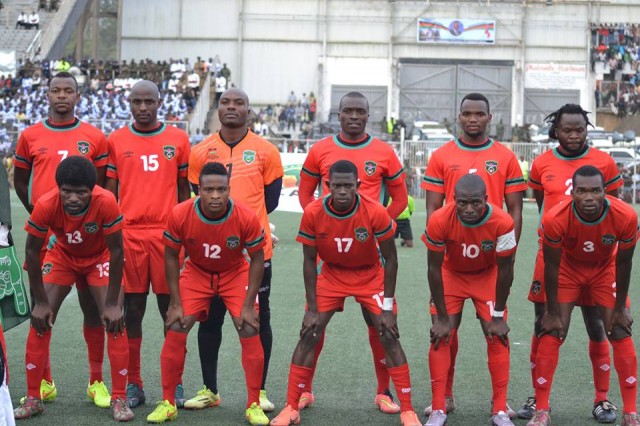 With Zimbabwe having been expelled from the preliminary competition by the FIFA Disciplinary Committee, Africa sees 53 of its 54 member associations involved in the Preliminary Draw on Saturday, 25 July 2015 in St. Petersburg, Russia.
First Round
The 26 lowest-ranked participating associations from the region will contest Round One. Those teams will be allocated to two pots of 13 teams based on the FIFA/Coca-Cola World Ranking of July 2015; the 13 highest ranked teams and the 13 lowest ranked teams. They will then be drawn against each other to play over two legs on a home and away basis between 5 and 13 October 2015.
Pot 1 (13 highest ranked teams)
Niger, Ethiopia, Malawi, Sierra Leone, Namibia, Kenya, Botswana, Madagascar, Mauritania, Burundi, Lesotho, Guinea Bissau, Swaziland
Pot 2 (13 lowest ranked teams)
Tanzania, Gambia, Liberia, Central African Republic, Chad, Mauritius, Seychelles, Comoros, Sao Tome and Principe, South Sudan, Eritrea, Somalia, Djibouti
Second Round
The winners of the First Round advance to Round Two, where they will join the remaining 27 highest-ranked teams and face off in a two-legged play off, home and away.
Top ranked 27 teams
Algeria, Cote d’Ivoire, Ghana, Tunisia, Senegal, Cameroon, Congo, Cape Verde, Egypt, Nigeria, Guinea, Congo, Mali, Equatorial Guinea, Gabon, South Africa, Zambia, Burkina Faso, Uganda, Rwanda, Togo , Morocco, Sudan, Angola, Mozambique, Benin, Libya
Third round
The winners of the Second Round will move into the Third Round, where five groups of four teams will meet both home and away. The winner of each group will qualify for Russia 2018.