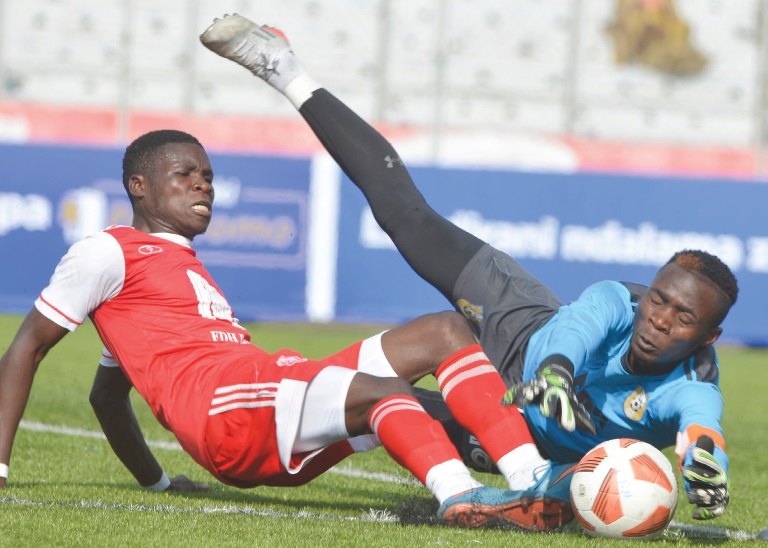 Nyasa Big Bullets Reserves on Saturday made history after reaching the FDH Bank Cup final following a 2-1 semi-final triumph over fellow second-tier side Extreme FC at Kamuzu Stadium in Blantyre.

Chikumbutso Salima’s brace ensured Bullets Reserves became the first second lower league side to reach the final of a national cup competition, after the the now-defunct Zomba United who made it in the 2014 Carlsberg Cup before losing 2-0 to top-flight league giants Bullets’ main team.

This is also Bullet’s Reserve first National Cup final qualification since 1997 when the team lost 2-1 to their Seniors in the Press Cup final.

The development means Bullets Reserves will battle for ultimate glory against either Nyasa Big Bullets or Mighty Mukuru Wanderers, who face off in the other semi-final clash at the BNS next Saturday.

Reserves drew first blood in the 35th minute when Salima’s brilliant free-kick, just outside the box, arrowed into the net. The visitors restored parity at the stroke of half-time break through Boston Jimu, who took advantage of a goal-mouth scramble to make a simple finish.

Both sides started the second stanza with all guns blazing and it was difficult to predict the winner until the gods finally smiled on Bullets Reserves in the 60th minute.

Salima’s low cross from the left-flank was handled in the box by Extreme defender for the referee to award a penalty. Then, the enterprising attacker stepped up and sent goalkeeper Blessings Juma the wrong way.

In a post-match interview, Bullets Reserves coach Enos Chatama said: “This was one of the toughest matches we have played so far this year. Extreme came hard on us and we are happy to have beaten them.

“Now, we are looking forward to playing in the national cup final for the first time. It will be a great achievement to lift such a prestigious trophy.”

On his part, Extreme FC mentor Shadreck Masina said they put up a gallant fight and it was just unfortunate that they failed to reach the final.

“I should thank my boys for playing with confidence and purpose despite having a first feel of the artificial turf. It was good to lose with dignity,” he said.

Last year, Bullets Reserves competed for five trophies but the FDH Bank Cup was the only one they failed to win as they were booted out in round of 32 following a 5-4 post-match defeat to their senior team after regulation time ended one-all.