Bullets back on top 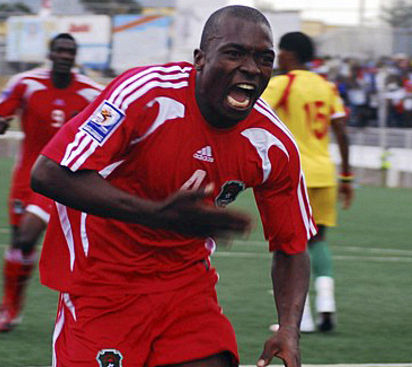 Reigning Champions Big Bullets are currently leading with 16 points from 8 games they have played, have a prefect home record so far since they have managed to correct maximum points at home. Maule together with their arch rivals Noma…ds and The Eagles remain unbeaten in the league this far. Bullets have scored the most goals -15, while Kamuzu Barracks is mean at the back after conceding a few goals -5.

Rookies Surestream F.C managed to collect their first away point on their sojourns in the central region following their drawn match with Epac surrendering the anchoring of log table responsibilities to Civo United now. Together with the Civil Servants (Civo) remain without a victory.

The nomads have this far been good travelers after managing 12 points collection (3wins and 3 drawas) though at par with Kaukau who also have 12 away points but have lost once.

John Malidadi Jnr. is leading the top scorers chart and is the only one claiming a hat trick in the elite league so far. Richard Chande this far is the unfortunate one to score past his own goal keeper. The soccer mecca Kamuzu Stadium have hosted the highest scoring matches as at week seven (Big Bullets 5 Dedza Young Soccer 2 and Surestream 2 Blue Eagles 4 matches).

139 cards have been flashed this far, 8 red cards and 131 yellow cards. Be Forward Wanderers, Red Lions and Kamuzu Barracks have had two red cards each while Mafco F.C and Airborne Rangers have one each.