All set for the FDH Bank Cup National draw 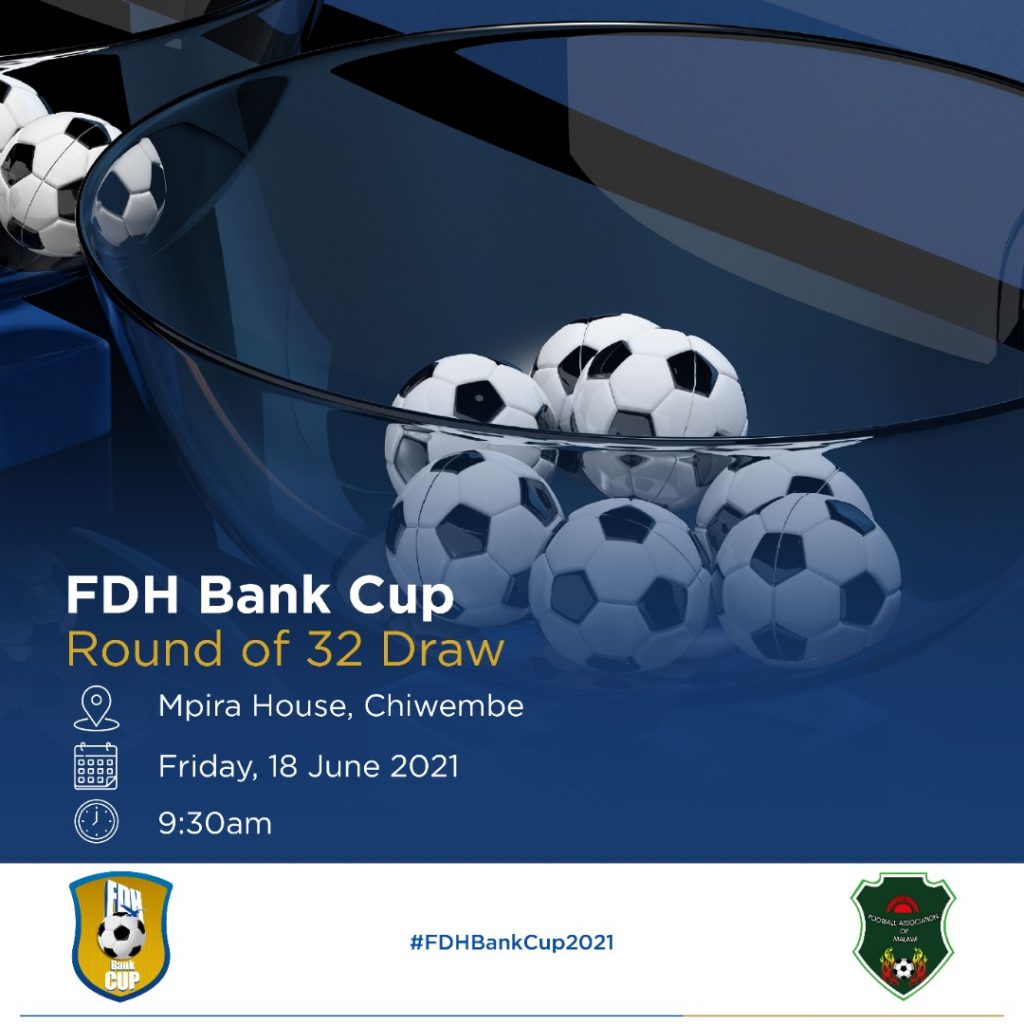 All is set for the FDH Bank Cup national draw to be held this morning at the Mpira Village in Blantyre.

The draw will attract 32 teams with 16 coming from the Super League and the other 16 from the three regional leagues.

The Regional preliminary round started three weeks ago with 62 Regional League teams taking part. The South had 20 teams; the Centre had 24 teams while the North had 12 teams.

The Qualified teams for the national draw are as follows:

The draw will start with the round of 32 where by Top Eight Super League teams as at the end of the 2020/ 2021 TNM Super League first round namely: Silver Strikers, Nyasa Big Bullets, Civil Service F.C, Moyale Barracks, Ekwendeni Hammers, Red Lions, Be Forward Wanderers, Mafco F.C, will be seeded in the sense that they will not face each other .

January 24, 2023
PrevPreviousFlames drawn with Zambia in COSAFA
NextMouthwatering fixtures in FDH Bank Cup Round of 32Next