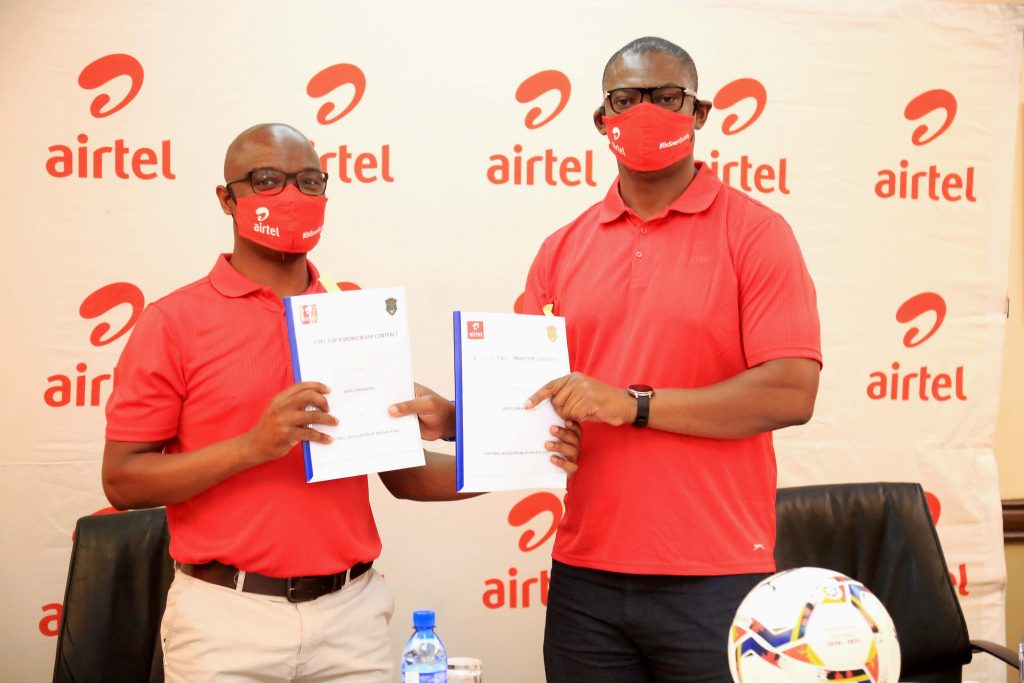 The Airtel Top 8 cup will return at the beginning of next season as Airtel Malawi Plc has increased sponsorship from K198 million to K234 million for the next three years.

The sponsorship hike from K198 million to K234 million represents a K36 million increament with the champions now taking home K17 million up from K15 million.

Airtel Malawi Plc Managing Director Charles Kamoto said this morning that the mobile service providers are excited to return with the Cup.

“What we had before is coming back. And it’s coming back for another three years. As Airtel we are very excited. At Airtel we believe in football. We love football.

“At every opportunity that we have to partner with football, we always look forward to that. Here we are today, it has happened again,” said Kamoto.

Airtel started sponsoring the competition in 2017 and the first three-year deal expired in 2019.

The competition did not take place last year due Covid-19 pandemic.

“In 2020 we were disturbed by Covid-19 so we took a kind of ‘wait and see strategy’. As we see things toning down– hope it continues to be like that–we said this is now time to come back,” added Kamoto.

He said they look forward to another exciting Airtel Top 8 Cup after a successful first three years of the competition.

“This time we look forward to the another exciting Airtel Top 8,” Kamoto said.

He said: “Airtel has offered football fraternity another reason to smile. The news you have shared is too sweet to the ear.

“Despite Covid-19 you have managed to raise the sponsorship. To set aside K234 million in this time of Covid 19 is not a small feat,” he said

Nyamilandu said the return of the Airtel Top 8 had proved some people, who thought the cup had died, wrong.

“Some doubting Thomases thought you were not coming back. But we never doubted you. Today, you are coming back in such a big way shows that you are satisfied with how we managed the competition,” he said.

Apart from the increased prize money, each of eight participating teams will each will get K1 million starter pack.

The  top goal scorer and player of tournament will each get K500 000 each while man of the match for all games will pocket K50 000.

Nyamilandu said Airtel Top 8 will help Malawi national team players prepare for the Afrcia Cup of Natiobs finals to be held in Cameroon next year.

He said: “Airtel’s return to sponsor the Airtel Top 8 could not have come at a better time than now when Malawi has qualified to take part in the Afcon to held in Cameroon. The Cup will give about players to remain active and focused as we prepare for the Afcon finals.”

Silver Striker were inaugural Airtel Top 8 champions in 2017. Blue Eagles won the cup in 2018 before Silver won the 2019 edition again.