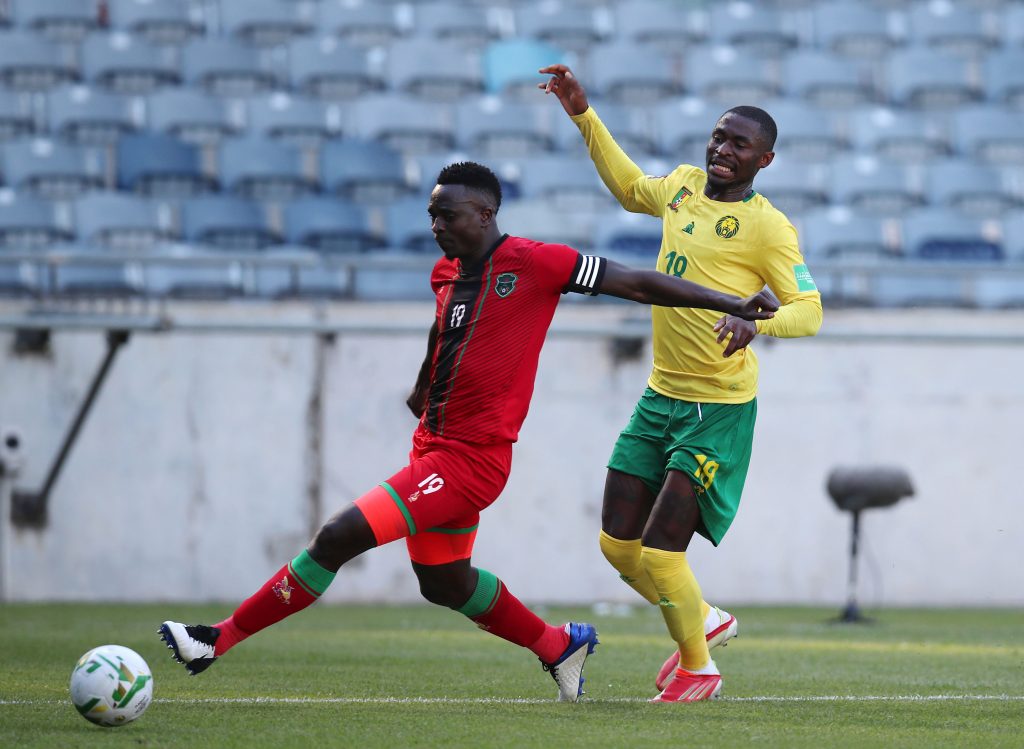 Ten-Man Flames lost 4-0 to Cameroun in 2022 FIFA World Cup Qualifier at the Orland Stadium in Johannesburg on Saturday afternoon.

Vice-captain John Banda was given a straight red card at 20 minutes after he handled a goal bound shot on the line.

From the resulting penalty Cameroun captain Vincent Aboubakar gave the visitors the lead.

The red card disturbed Malawi’s game plan as up until the incident they had matched Cameroun in all departments.

From a short start to a corner, the midfielder set himself up with the first touch before volleying into the bottom right with his second.

Cameroon went to the break two goals up and deservedly so.

Malawi gave a fight in the second half despite their numerical handicap but couldn’t gather enough to get the two goals back.

In their hunt for goals they were hurt further when substitute Christian Bassogog scored twice within two minutes.

The forward who had come on for Ngamaleu scored in the 85th and 87th minutes.

The Flames will finish off their campaign with a match against Mozambique on Tuesday  in Benin.