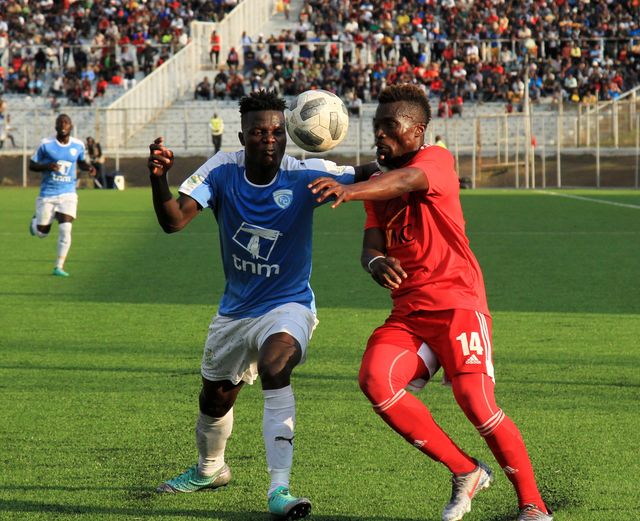 Log leaders Silver Strikers host second placed Nyasa Big Bullets this afternoon at Silver Stadium in Lilongwe in one of the most anticipated fixtures as the first-round of the TNM Super League draws to and end.

The two sides are separated by six points at the top of the 16-team log table, with Silver at the summit on 32 points from 14 matches, while Bullets are second with 26 points, with a game in hand.

This afternoon, focus will be on tactical battle between Silver’s Zambian coach Dan Kabwe and Bullets’ Zimbabwean gaffer Callisto Pasuwa.

Kabwe, who had done his apprenticeship at Arsenal during Arsene Wenger’s reign, has vast experience. He has won two league titles with Zanaco FC in Zambia. Though in his first season with the Central Bankers, Kabwe has already instilled an attacking football style.

Pasuwa, on the other hand, has been applying an attack-retreat-and-defend style that has won him two league titles with the People’s Team. In total, Pasuwa has six league titles to his name, after guiding Dynamos in his home country to four league titles on the trot.

In a pre-match interview with mwnation.com, Kabwe said Silver are ready for the showdown.

“It is going to be tough, because we are up against the reigning champions who will come flat out to reduce the gap.

“They are a good side, but we are devising the right strategy for them,” said Kabwe.

On his part, Pasuwa said he has confidence in his squad and that they take every game seriously.

He said: “It is going to be tough since we are up against the leaders at their backyard. We know the danger that they pose.

“We are going to attack, we need the three points more than them.”

Striker Maxwell Phodo, who is the league’s leading scorer with nine goals, will lead the Central Bankers in attack aided by the likes of Foster Bitoni and Stain Davie.

The odds are stacked in the champions’ favour as they won both last season’s fixtures. Bullets won at home 3-1 in the first-round, before completing a double with a 0-1 victory away.

Ironically, both teams have lost a single game each so far this season.

Last weekend, Bullets drew 1-1 against their age-old rivals Mighty Wanderers while Silver were held to a goalless draw by table anchors, Mighty Tigers.

There are two other matches in the capital city this afternoon. Blue Eagles face Ekwendeni Hammers at Nankhaka while Kamuzu Barracks host Mafco at Civo Stadium. In Blantyre, Wanderers take on Red Lions at Kamuzu Stadium