Scorchers out of Cosafa 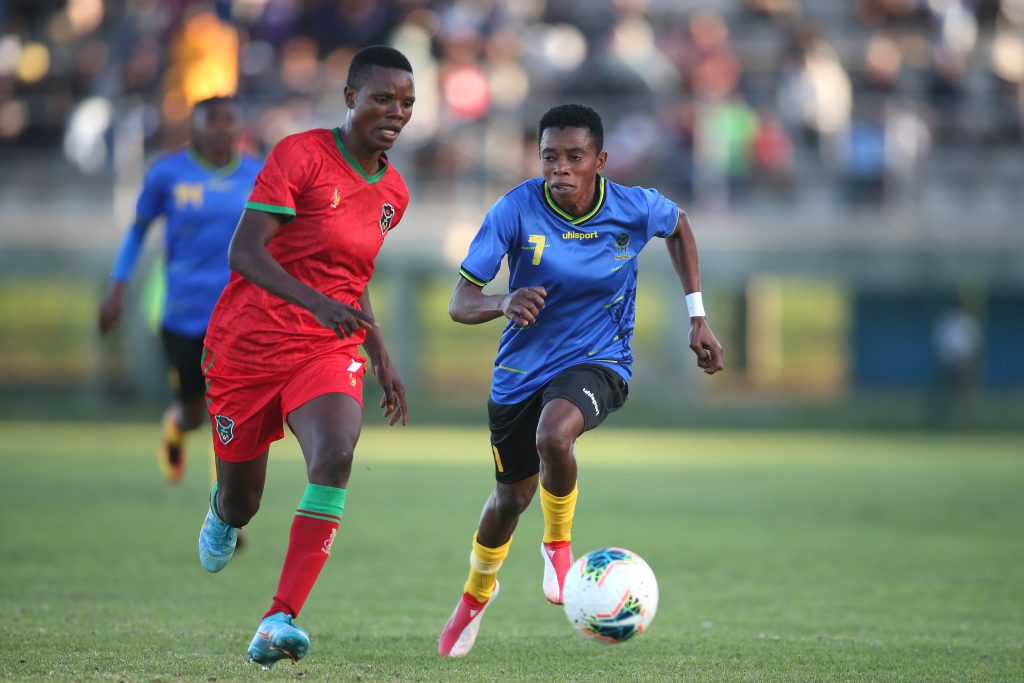 The Malawi National Women’s team are out of the Cosafa Women’s Championship following a 3-1 loss to Tanzania at the Isaac Wolfson Stadium on Wednesday afternoon.

The two teams went into the match tied at four points each and all needed a win to top the group and qualify for the knockout stage.

Both saw the importance of scoring first and pressed for an opening goal but it was Tanzania who scored first through Donisia Ninja’s freekick at 20 minutes.

As the teams were about to go for half time recess Tanzania doubled the lead through Diana Msewa.

In the second half, the Scorchers came in with energy and hunger for goals and scored through Fazila Chembekezo at 51 minutes but the goal was ruled our for a foul on the goalkeeper.

The Twiga Stars then came in with another goal through Opa Tukumbuke at 59 minutes before Asimeneye Simwaka pulled one back for the Scorchers six minutes later.

It is after Simwaka’s goal that Malawi came wave after wave in search of goals until they won a penalty at 82 minutes after a handball in the box only for Tanzania’s goalkeeper to save Ireen Khumalo’s spot kick .

Scorchers Coach Lovemore Fazili said though the players didn’t perform as expected against Tanzania, this year’s tournament has been a learning point for him and the girls saying the team has the potential to  do wonders.

“We did not play according to our plan especially in the fist half. We conceded goals that we were not supposed to but we have to admit that Tanzania played well than us.

“We have learnt alot of lessons and  the tournament is a good exposure for the girls so we are going to work on the mistakes noted so that we improve our performance in the next assignments.

“Looking at the team, we have good players but they need to be active and frequent training training for them to coordinate well,” he said.