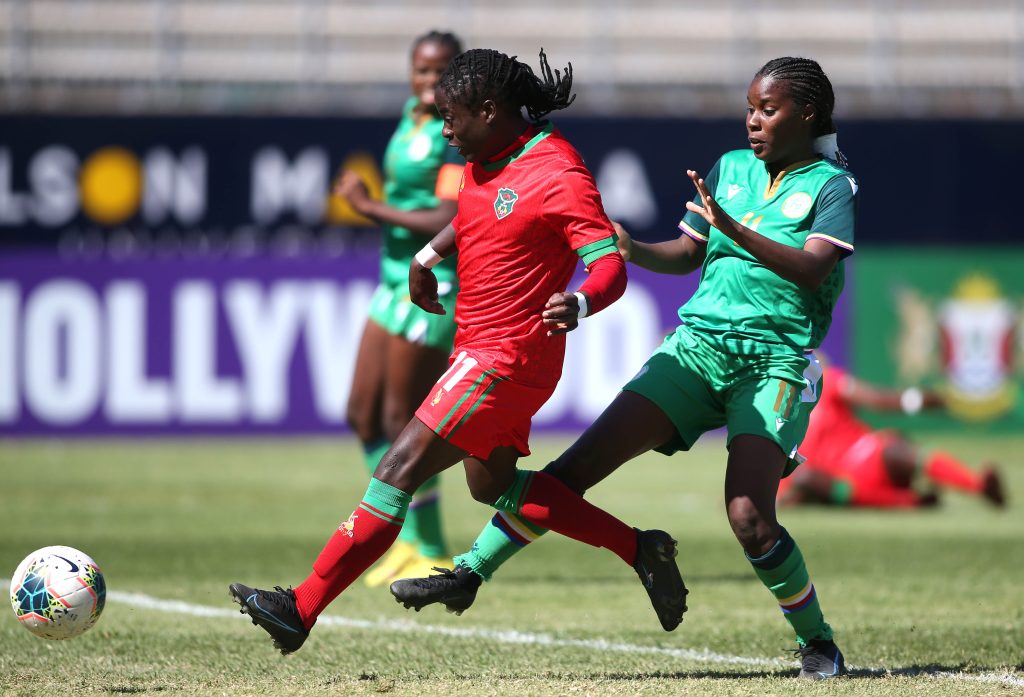 Captain Tabitha Chawinga’s hat trick and three other goals from Fazila Chembekezo, Rose Kabzere and Wezzie Mvula were enough to see Comoros off at the Madibaz Stadium on Monday afternoon as the Scorchers revived their dreams of reaching the COSAFA Women’s Championship Semifinals.

Following a one all draw against Botswana on Friday, Scorchers needed a win on Monday to remain in contention for a place in the last four ahead of their last group C match against Tanzania on Wednesday.

The Scorchers started the match on a higher note but just like the fist match against Botswana, a number of chances were lost in the first half .

They could only manage one goal in the opening 45 minutes through Fazila Chembekezo who headed in a Wezzie Mvula corner kick in the 17th minute.

Coach Lovemore Fazili made quick changes to the first 11, which he maintained from the team that faced Botswana, as he brought in Rose Kabzere for Sabina Thom at 28 Minutes before Limbikani Chikupira replaced Asimenye Simwaka 10 minutes later.

The two substitutions made a difference in the Scorchers’ team with Chikupira and Kabzere supplying more in front . The latter scored just seconds into the second half while Chikupira assisted two of Chawinga’s goals.

With the win, The Scorchers sit on top of Group B with 4 points, same as Tanzania who played to a goalless draw with Botswana but Malawi has a superior goal difference of 6.

However, the Scorchers must win their last group stage match against Tanzania on Wednesday to win the group with seven points. If the game ends in a draw and Botswana beat Comoros, a head-to head  scenario will be used as all Botswana, Malawi and Tanzania will have five points each.

Head Coach Lovemore Fazili was proud of the girls’ show on Monday afternoon.

“We had a good performance throughout the game  we used the same tactics we used during the Botswana match, only that we missed alot of chances that time.

“At half time, we told the girls to be have self confidence and make use of every chance they get and they took the advise and this has helped us.

“Looking at the last match against Tanzania we are prepared to face them and revenge since we lost to them in the final last year,” said Fazili.