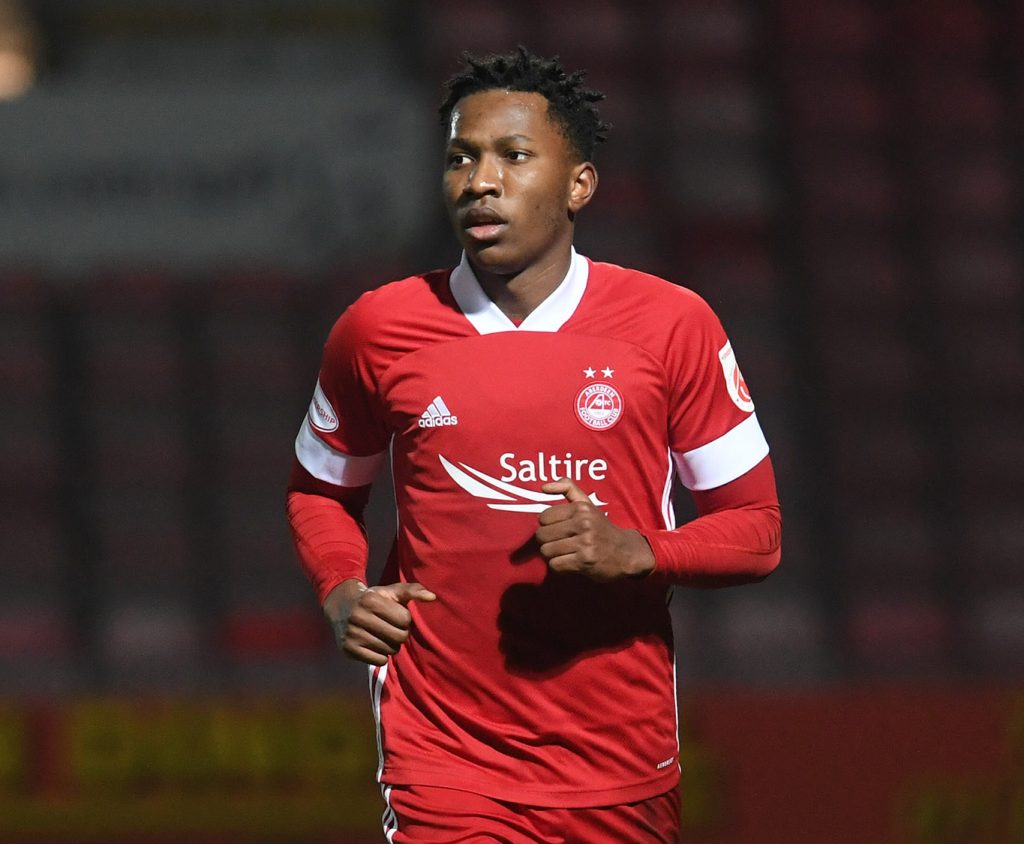 Scotland based Malawian defender Kieran Ngwenya has accepted Flames’ call- up and is set to join camp in Blantyre on Sunday ahead of next week’s international friendly match against Tanzania.

Ngwenya, who is in the books of Scottish Premiership side Aberdeen FC, is expected to arrive in Blantyre on Saturday afternoon.

Flames coach Meck Mwase has given a maiden call-up to the Glasgow born left back as he reinforces his squad ahead of the 2022 FIFA World Cup Qualifiers which start in September and 2021 AFCON Finals in January.

In a brief statement before leaving Edinburg airport on Friday afternoon Ngwenya said: “It’s an honour to be given an opportunity to represent the Flames, I’m excited to get involved and meet the team.”

Mwase said he is excited that Ngwenya has accepted his call up.

“We are happy that our discussions with the player, his parents and agent as well as his club went well and he is finally coming to join us. He is a young player who is playing at top level and will add value to the squad.

“I would like to thank FAM for making an effort to bring the player to join us.  I would also like to thank the parents and his agent Elliot Fillingham for making it possible. Kieran has come at the right time as he will provide an immediate option on the left back following the injury of Precious Sambani,” said Mwase.

FAM President Walter Nyamilandu Manda said the coming of Ngwenya fulfills one of the association’s strategic intent to strengthen the national teams by scouting for Malawian talent in diaspora.

“During our January 2020 executive Committee, we resolved to go flat out and trace talented players with Malawian roots across the world and convince them to play for Malawi.

“We are happy that we have made a break-through with Kieran, a highly rated youngster playing top level football with a big future ahead of him. At 18 he has a lot of years to play for the Flames. We will continue to scout for more players,” said Nyamilandu.

Ngwenya joined Aberdeen U/18 from Tynecastle Colts in 2019 and has risen through the team’s ranks going all the way to feature for the first team.

During the 2020/2021 season, he featured in the first team match day squad on 12 occasions. He made two appearances in the Scottish Premiership and on both occasions came on as a substitute against Ross City.

Kieran was on the bench as Aberdeen lost 4-1 away and 2-1 to the eventual champions Rangers coached by Liverpool and England legend Steven Gerald.

On March 25 he was loaned for two months to Scottish League One side Cove Rangers. The loan expired on May 12 and he has since returned to Aberdeen.

He is expected to join Aberdeen First team for Pre-season upon return from Malawi.