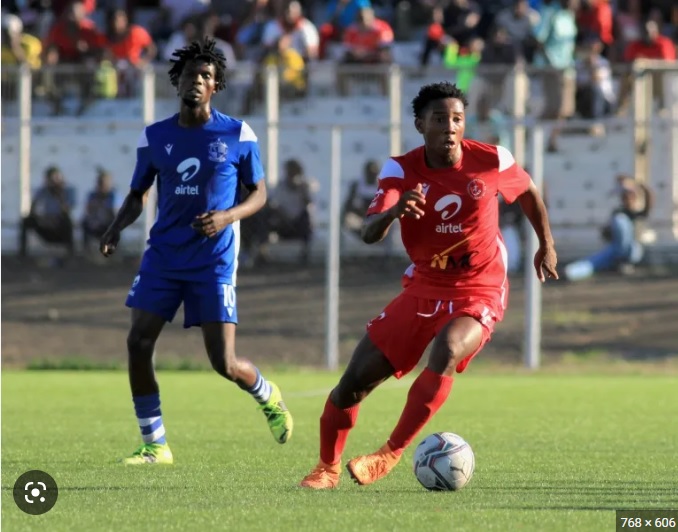 Cometh the hour, cometh the man.

The Airtel Top 8 grand final is upon us and at the end of it all, the one who hits the hardest between Nyasa Big Bullets and Mighty Wanderers will carry the day at Bingu National Stadium in Lilongwe.

Derbies have a tendency of bringing out the best from players.

This afternoon’s encounter will not be different at all.

Wanderers’ game plan is built around two players: attacking  midfielder Yamikani Chester, who is capable of breaching the most formidable defence with his excellent runs and dribbles and fullback Stanley Sanudi, an artist when to comes to crosses.

If Chester and Sanudi come to the party this afternoon,  you should expect Chiukepo Msowoya and Vincent Nyangulu to have a grand game upfront where goals will likely rain.

The Nomads have done this in the quarter-finals first and second leg against Mafco, where they beat the soldiers 2-0 in both encounters and the semis where they pipped Blue Eagles by the same scoreline.

Wanderers have also proved to have a watertight defence in the competition. They have sailed through to the final with a clean sheet.

The men behind this feat are in form centrebacks Miracle Gabeya and Ahamadu Kung’unde.Wanderers coach Mark Harrison has been using the two centrebacks and one full back Sanudi, who mostly runs down the right flank.

To compensate on the lack of numbers in defence, Harrison packs the midfield with Felix Zulu, Misheck Bottoman, captain Alfred Manyozo Jnr and Isaac Kaliyati.

The set up hands yielded results since Harrison took over from Alex Ngwira.But will it work against the defending champions?

For years,  Manyozo Jnr has been at the receiving end of Bullets’ torment.

This time he says he feels the Lali Lubani road side will end their four year trophy drought.

“Everybody knows that there is too much tension ahead of the game. They have beaten us so many times and we really want to win this one.

“We have prepared for the game and we believe it’s going to be our day. It’s a matter of commitment.  Nothing can beat commitment.

“You know, although Bullets have been beating us, when they play us they know it’s not going to be easy and they know this one is going to be another tough one.

“But what has been Bullets’ secret over their rivals?

The People’s Team is known for its attacking prowess.

Just like the Nomads, Bullets also thrive on their robust full backs.

While the Nomads have Sanudi, Bullets have fullbacks Gomezgani Chirwa on the right and Precious Sambani on the left On the heart of the pitch Bullets have Chimwemwe Idana, Ernest Petro and Patrick Mwawungulu who are all ballers.

When Chirwa and Sambani combine with these three in the attack, they form a five-man weapon which leaves forward Babatunde Adepoju a simple task of finishing the job.

.Coach Kallisto Pasuwa has managed to chalk results, winning the TNM Super League and the FDH Bank Cup even after rotating players in various positions,  making it difficult for opponents to target key players.

For example, up front the Zimbabwean tactician can bring in Lanjesi Nkhoma, Hassan Kajoke or Anthony Mfune anytime.

He sometimes plays all of them at once!In the midfield,  he can alter the combination to bring in Frank Willard, Thomson Magombo, Righteous Banda, Henry Kabichi or Stanley Billiat and still get the desired effect.However, the constant in all the set ups is workaholic Chirwa.

On his part, Chirwa says his task is to do his job to perfection. “It is a big occasion for us as players and the fans, but I have to perform in every game I play. It is not like I will do anything differently because it is the Blantyre derby,” he said.

Statistics do not favour the Nomads in the past ten years.

In that period, Wanderers have only managed two cup victories over Bullets, with the first one being a 5-4 penalty shootout victory in 2012 and in Standard Bank Cup semi-finals at Silver Stadium in Lilongwe.

The Nomads also managed to beat Bullets 2-1 in 2015 in the Carlsberg Cup final at Civo Stadium in Lilongwe.Since then, it has been Bullets all the time.They beat Wanderers 5-4 in 2017 Carlsberg Cup after a 2-2 stalemate  in regulation time.

It was the same in 2018 as Bullets beat Wanderers 2-1 in the Airtel Top 8 semi-finals played at Bingu National Stadium.

Last year Bullets denied Wanderers silverware again, beating the Nomads 4-1 in Airtel Top 8 semis.As the two sides clash in the 2022 Airtel Top 8 final, the Nomads are haunted by a 4-0 clobbering they suffered in the FDH Bank Cup semis at the Bingu National Stadium.

But newly-appointed coach Harrison has warned Bullets to underrate Bullets at their own peril.

“Look we know it’s not gonna be an easy game, that’s for sure. But we are not here to be second best. That is also for sure.

We are here to win the cup and we will give it our best shot,” the Briton said ahead of his debut Blantyre derby.