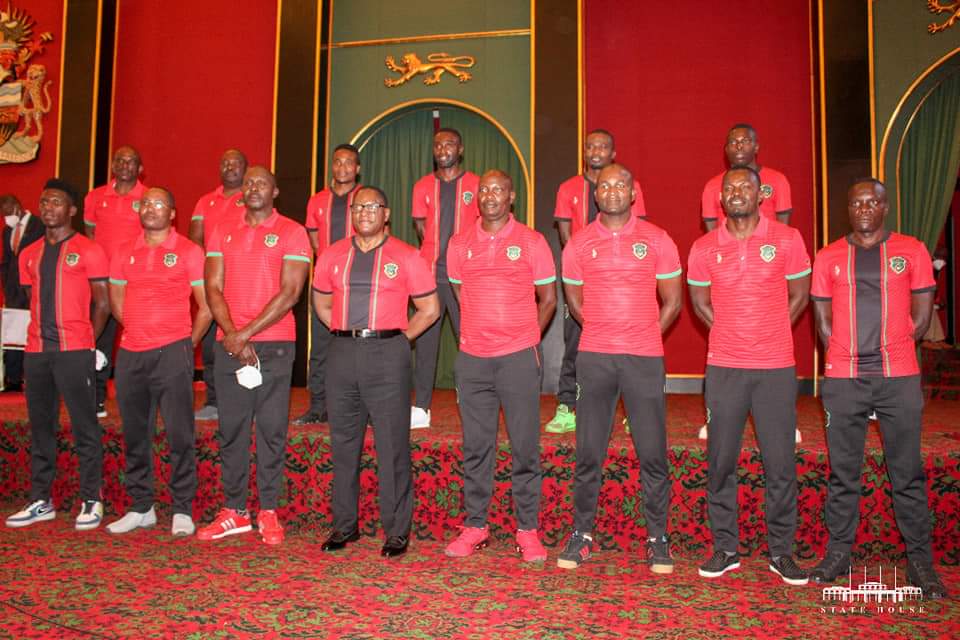 President Lazarus Chakwera and Vice President Saulos Chilima will lead the nation in cheering for the Malawi national football team, the Flames as they take on Ethiopia in opening 2023 Africa Cup of Nations (Afcon) Group D qualifier at Bingu National Stadium on Sunday.

Both the offices of the President and Vice President have confirmed the development.

This will be the first time in 27 years for a sitting President to watch the Flames play in a competitive match.

During his two terms as President Bakili Muzuli (1994-2004) watched the national team play against South Africa’s Bafana Bafana which the Flames lost 1-0 at Kamuzu Stadium in 1995.

Muluzi also watched the Flames lose 3-1 to Cameroon’s Indomitable Lions at Kamzuzu Stadium the same year, the last for a sitting President.

Football Association of Malawi (FAM) competitions and communications director Gomezgani Zakazaka said the presence of the first and second citizen is a big boost for the Flames.

He said: “As FA, we are excited. The presence of the HE and VEEP shows the commitment that government has in promoting football in the country.

“You can see that this is the first time for a sitting President to come and watch a competitive Flames game apart from international friendly matches played on 6 July when commemorating Independence Day.”
Zakazaka said the presence of Chakwera will motivate the players to win the first match in the Flames quest to 2023 Afcon qualification.
Chakwera also hosted the Flames at Statehouse last year following the team’s qualification to the Cameroon Afcon finals.

“That was the first time since 2008 when the Flames went to the Statehouse after the team qualified for the 2010 Angola Afcon. The President last year also hosted the women’s national football team, the Scorchers for the first time following the team’s impressive performance at Cosafa Women’s Championship in South Africa.

“HE also hosted our fundraising dinner for the Afcon finals participation. Just yesterday (Thursday) we saw the Minister of Sports Richard Chimwendo Banda also making a commitment to financially support FAM and advising us not to withdraw from any competition. So, we are really happy and appreciate the government’s support,” said Zakazaka.

Group D also has Egypt and Guinea who face each other on Sunday as well.

December 2, 2022
PrevPreviousMinister of sports pledges support for football
NextChiukepo ready to prove he still has got itNext